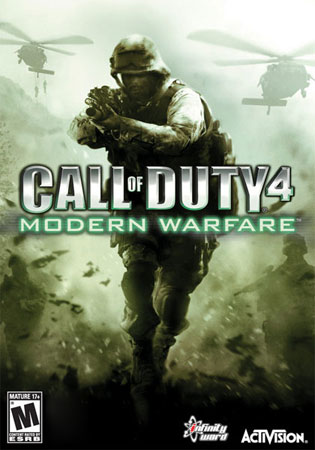 Call of Duty 4: Modern Warfare has reached the landmark sales of 10 million copies, confirmed Vince Zampella, head of Infinity Ward during an interview with News.com. Infinity Ward has developed the Call of Duty 4: Modern Warfare, which was launched on November 6, 2007 and is available on various platforms including Xbox 360, PlayStation 3, Windows, Mac OS and Nintendo DS.

The chief did not know the individual sales of the game for different platforms. However he mentioned that the Xbox 360 version of the game is most successful amongst others.

Explaining Call of Duty 4’s absence on the Nintendo Wii console, Zampella told News.com, “it just doesn’t fit on the Wii. We thought it would be compromised to be on (that) platform.”

Call of Duty 4: Modern Warfare’s downloadable Variety Map Pack was also popular amongst the gamers and reached downloads of over 1 million in just 9 days.

The successor of the Call of Duty 4: Modern Warfare, Call of Duty 5 has also been announced. The upcoming version will be published by Activision Blizzard, while it is developed by Tryarch. The new game is expected to be available by Fall 2008, however no confirmed date has been announced as of now.