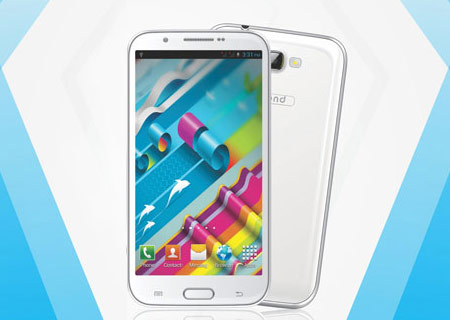 The Byond Phablet PII is yet another fairly high-end device to come out in India and feed the now trending phone-tablet hybrid frenzy, though we must note that it has its price fixed at a seemingly attractive Rs. 14,999. Among the host of smartphones and slabs being launched in the country, it stands out with Jelly Bean for a platform, a 1GHz dual core chip running operations, and an 8MP rear camera.

Another one of the highlights of the device is that it features dual SIM capabilities. Unfortunately, it works in a dual standby mode, meaning when a call is active on one SIM, the other card is disconnected from the network. The selling point is that it has the latest in operating systems – Jelly Bean.

It also features a 5.7-inch IPS touch screen display offering an HD viewing resolution of 1280 x 720 pixels. Like we’ve mentioned above, there is an 8MP camera on the back, although its exact capabilities are not known. For video chat, a pretty impressive 3MP webcam makes the front panel. 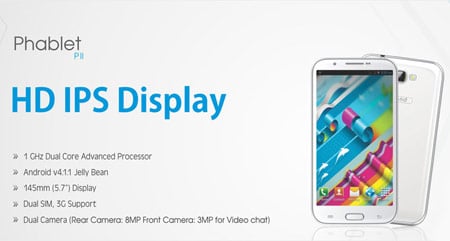 Additionally, 1GB of RAM and 4GB of internal memory are present, while for extra hoarding, cards of up to 32GB capacity are accepted. A 1GHz dual core CPU makes up the heart of the device in order to keep applications running smoothly.

In terms of connectivity, it has Bluetooth and Wi-Fi tethering capabilities, while it also offers support for 3G networks. Measuring 155.5 x 82.5 x 9.7 millimeters in dimensions, the slate hides away a 2500mAh battery, but usage stats haven’t been mentioned.

The slab competes with a few recently launched devices including the WickedLeak Wammy Magnus, a 10.1-inch tablet with Android 4.1, 2GB of RAM and a 1.5GHz quad core chip, and the Micromax Canvas HD A116 with its 8MP, LED flash primary camera, 720p screen and 1.2GHz Cortex A7 processor.

The device has been launched in the country and is preloaded with apps including Facebook, Twitter and Skype. It is afforded access to the Google Play store and has a bevy of sensors including a G-sensor.