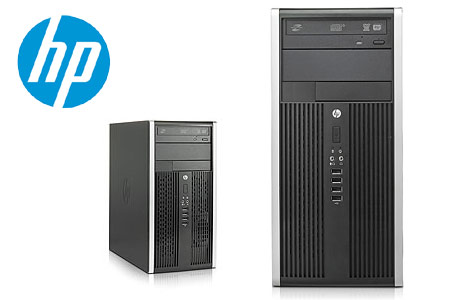 The HP Compaq Pro 6305 price has been revealed as the company preps the business desktop for an October release. The PC will feature AMD’s new Accelerated Processing Units or APUs which should supposedly deliver a boost to graphical performance. It will be made available in microtower and small form-factor chassis options and will also offer quite a variety of configurable expansion slots, 10 USB ports of which four will be high-speed USB 3.0 ports and up to four DDR3-1600 DIMMs.

The Compaq Pro 6305 takes advantage of improved x86 architecture. This apparently accelerates computing and allows for faster internet browsing. Those who opt for the desktop will be given the choice of AMD’s latest APUs – the A10, A8, A6 and A4 processors – which are capable of delivering 21 percent better performance than its predecessors. To this effect, users will have at their disposal AMD’s Turbo Core 3.0 technology which automatically ramps up performance when running multiple applications.

It will come with HP Client Security to ensure businesses remain protected at every step of the way. This includes the company’s BIOS protection to defend against virus threats. The desktop will offer business solutions such as self-encrypting hard drives, an embedded trusted platform module (TPM) and HP ProtectTools among others. There will also be a choice of the company’s client management solutions which is meant to help simplify system maintenance.

When it comes to the HP Compaq Pro 6305 price, the desktop PC will start at $539. In terms of availability, it will be touch down around the globe carrying along Windows 7 beginning on October 8, 2012, while Windows 8 configurations are expected to be made available at a later date.