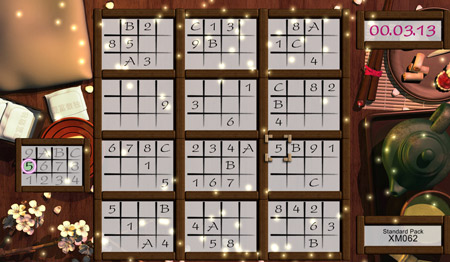 Sudoku fans rejoice! That is only if you have an Xbox 360 console. Merscom, a global publisher of computer and video games will be publishing the first Sudoku game called Buku Sudoku for the Xbox LIVE Arcade.

Sudoku has become a global phenomenon. Now, besides solving the game in your local news paper, a number of companies have come up with special electronic Sudoku devices that churn out hundreds of combinations of the game. Now, the Sudoku phenomenon is touching XBLA as well. What’s more; you will be able to play the game along with hundreds of other people who are logged on to the Xbox Live service.

Known as Buku Sudoku, this game becomes all the more exciting on Xbox LIVE as it incorporates innovative competitive and cooperative gameplay features.

Buku Sudoku uses three main features of the XBLA platform. Firstly, the native HD resolution of the Xbox 360 allows for an easy to read grid with pencil marks. Secondly, the Xbox 360 controller’s triggers and thumbsticks make for a very speedy entry method. This feature is absent from electronic Sudoku games. Thirdly, the XBLA service will allow Sudoku players to enjoy a multiplayer experience, which they probably have never ever experienced before! 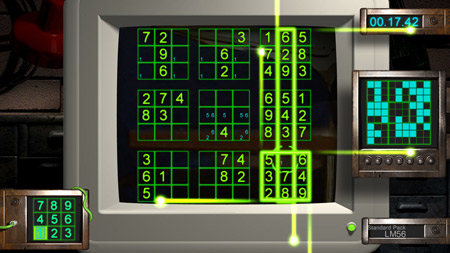 Kirk Owen, CEO at Mescom commented on the launch of the game on XBLA saying, “We are really excited about the release of Buku Sudoku, as it takes the proven and popular gameplay of Sudoku to a new level. It will appeal not only to Sudoku fans but anyone who loves a great gameplay experience.”

Given the popularity of Sudoku on other platforms and the quality of this game, we expect Buku Sudoku to be a phenomenal hit,” added Owen.

You can expect Buku Sudoku to hit the Xbox LIVE Arcade in Q2 2008.