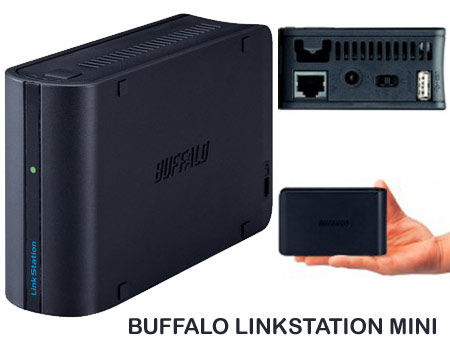 Way back in April 2008, Buffalo Technology had added the LinkStation Mini to its Network Attached Storage Device category. The company has now revamped the drive with some upgraded features that make it super silent and offer great storage.

To brush you up, the LinkStation Mini measures about 40x82x135mm in dimensions and weighs just half a kilo. With no requirement of a fan, the device also requires less power as against regular 3.5” drives. The drive can automatically be set to power on/off with the PC which further lowers its power consumption capability.

Offering a nearly silent operation at 2.3db, the novel Mini boasts of dual 120GB, 2.5-inch SSDs. Users can take complete advantage of this setup to either have 240GB of data storage or a RAID1 mirroring configuration. These new attributes are meant give complete protection to data.

In addition to this the LinkStation Mini will now also be compatible to the iPhone and iPod Touch. The server will support their remote access. There’s also a Mac Time Machine support and the facility for users to upload media files directly to the unit through USB eliminating the need for a PC.

As of the now the improved LinkStation Mini is available only in Japan and should cost you around $1200.