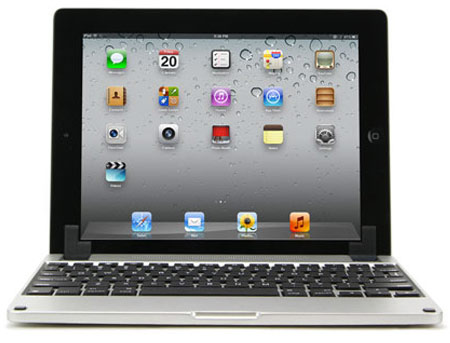 A project on Kickstarter dubbed the Brydge keyboard for iPad has been in the news for its utility and clean design, bordering on the Cupertino company’s style philosophy. The peripheral’s anodized aluminum body allows it to seamlessly blend with the aesthetics of the Apple iPad, making the whole setup appear like a laptop.

Drawing inspiration from the Macbook Air’s sturdy form factor, the keyboard connects to the slab via Bluetooth. But its noteworthy feature happens to be the hinge that takes to securing the iPad and even makes possible positioning it at any angle up to 180 degrees. Furthermore, it also closes like a clam so that the tablet and keyboard can be ported comfortably on the move. Owing to the integrated metal alloy clamps, the case keeps the slate protected and in place. 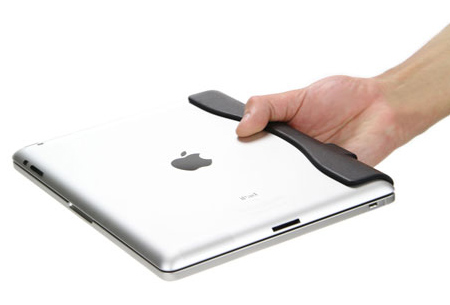 Another attribute of the device that might help it cut out a decent sized user base for itself is the incorporation of speakers. This feature happens to be optional since it is expected to come at an additional cost. But the combo may probably be seen finding many takers. The said speakers should aid the Apple iPad in proffering enhanced stereo sound for music lovers on the move. Individuals wishing to see this case hit shelves could head to Kickstarter for pledging the necessary amount to the project.