British Schools are Advised Not to Upgrade to Vista or Use Office 2007: BECTA 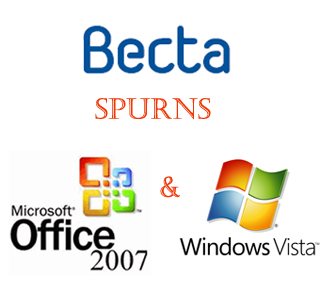 A newly issued report by the British Educational Communications and Technology Agency (BECTA) states that educational institutions in the UK should keep away from shifting to Windows Vista as much as possible. The regulatory body notes that until now it has “not had sight of any evidence” that would recommend that the latest Microsoft operating system should be employed in anything but an entirely new setting.

According to BECTA, issues will spring up incase institutions try to either upgrade systems directly or develop patchwork situations where Vista needs to interoperate with XP or the earlier versions. This argument more or less indirectly brings under light Vista’s major unreasonable system requirements, which frequently rule out all but fairly recent systems from operating the OS effectively.

BECTA’s report also says that “Schools and colleges should make pupils, teachers and parents aware of the range of free-to-use products (such as office productivity suites) that are available, and how to use them”.

The Agency further cautions that several school resources would make it possible for only systems capable of running the simpler visuals of Vista Home Basic, though there is “no significant benefit” to having the translucent windows and 3D effects of the software’s Aero Glass appearance in Vista Home Premium and higher versions. In fact, Office 2007 is another OS that is often put under the avoidance tag, owing to the importance it lays on the in-house OOXML (Office Open XML) standard at the expense of the more universal ODF (Open Document Format).

A complete Vista upgrade costs as much as US$350 million, where one-third is spent on the software and the rest would be spent towards deployment costs, testing and hardware upgrades

BECTA maintains that U.K. schools should think about switching to Vista or Office 2007 software only when they are purchasing new batches of PCs. Adding that it’s yet better to consider other alternatives if possible.