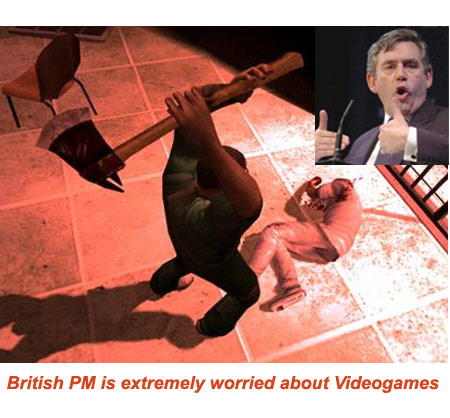 British Prime Minister Gordon Brown seems to be extremely worried about the violence shown in videogames, especially about the characters that use knives. He wants developers to think twice before they include knives in their respective videogames.

In an interview with The Sun, Brown said, “I am very worried about video and computer games.” Adding, “You cannot be casual or cool about knives. Society cannot cope with people carrying guns and knives and threatening to use them.”

In the recent past, there have been a string of fatal stabbings that may have perhaps led Brown to shift his attention to the intensity of knife-related crimes.

“We have to send out a message and reinforce it with action,” said the PM. “It is completely unacceptable to carry a knife or a gun.”

Though Brown didn’t accuse videogames the reason behind the perpetration, he did mention that somewhere or the other it is the game developers’ duty to take corrective measures whilst designing a game. Brown maintained, “No one wants censorship or an interfering State. But the industry has some responsibility to society and needs to exercise that.”

In fact when Tony Blair was the PM of Great Britain, he too had voiced his take on the Resistance: Fall of Man controversy, and this time around it’s Brown.