British feel that the iPhone is Too Expensive for Purchase 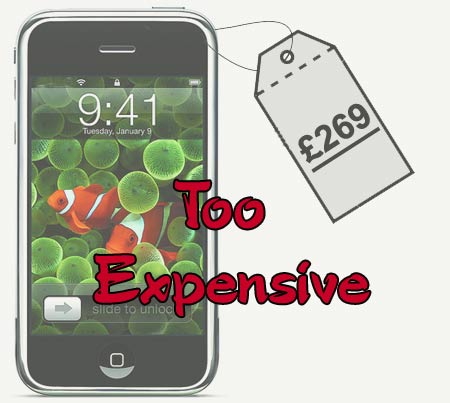 Earlier this month, the iPhone was launched for the very first time outside North America – in UK. It was said that the British accepted the phone very well. However, Gfk NOP’s survey tells the some story in a slightly other way.

A research conducted by Gfk NOP indicates that there is high awareness of iPhone in UK. However not many people want to buy it because of its price.

There is also a small category of people, who just did not like the iPhone at all. And 12% people are such who did not even know what the iPhone was.

Surprisingly only 2% of the British population is considering adding Apple’s phone to their Christmas list.

Richard Jameson of GfK NOP commented, “Apple’s history proves that it has the magic touch when it comes to product development and marketing, however the iPhone has yet to capture the imagination of the UK public. iPhone hype is in full-force, but our data shows that it is very much a considered purchase, with its high price turning many consumers off.”

“We must take into account that the UK mobile market’s success has been down to subsidised handsets, therefore the iPhone’s price really stands out and consumers are not used to paying in excess of £200 for a phone,” Jameson added.

In short, it seems that the British people are not much enthusiastic about the arrival of US’ most popular gadget.