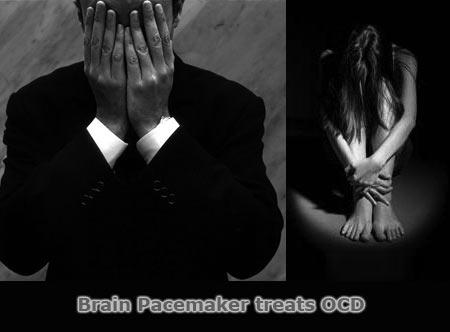 The Medical device that is used to treat epilepsy, Parkinson’s disease, essential tremor and dystonia will be able to ease issues pertaining to depression and obsessive-compulsive disorder. A large and long study has led to a conclusion that the Brain Pacemaker treats the depression related issues effectively.

Dr. Ali Rezai, head of neurosurgery at the Cleveland Clinic, who led the studies, has observed that a technique known as deep brain stimulation helped the most severely depressed patients improve significantly. Researchers from Butler Hospital/Brown Medical School, Massachusetts General Hospital and Harvard Medical School were also involved in the depression study. They all observed that there were no such harmful side-effects for using the pacemaker device for depression matters.

“Seventeen patients, diagnosed as having major depressive disorder, were followed for a year and demonstrated overall improvement in mood as well as social and occupational functioning,” Dr. Ali Rezai said.

The Brain pacemaker device is a medical device that is implanted into the brain to send electrical signals into the tissue. Devices implanted in the chest, with leads that send electrical impulses to parts of the brain, have already been approved and are used to treat Parkinson’s disease, essential tremor and dystonia.

The global leader in medical technology and brain pacemaker manufacturers Medtronic has approached the U.S. Food and Drug Administration with an application for approval to use deep brain stimulation for obsessive-compulsive disorder. A clinical trial using the treatment for severe depression will be initiated this year.