The LG G Pad 8.3 LTE was expected to launch on Verizon along with the Samsung Galaxy Note Pro 12.2, but the latter has made its debut a few days early. The carrier has announced that the 12.2-inch tablet is now available for purchase, but it won’t come cheap. The device is tagged at $849.99 when purchased without a contract.

For the price you would be paying, the Samsung Galaxy Note Pro 12.2 delivers some of the finest components available on the market. The tablet tags along a high resolution WQXGA TFT LCD panel and the S Pen. Android 4.4 KitKat runs the show and it’s accompanied by the company’s TouchWiz and Magazine UIs as well as tools such as Air Command, Action Memo, Scrapbook, Screen Write, S Finder, Pen Window, Hancom Office and Multi Window that allows up to four apps to run simultaneously. 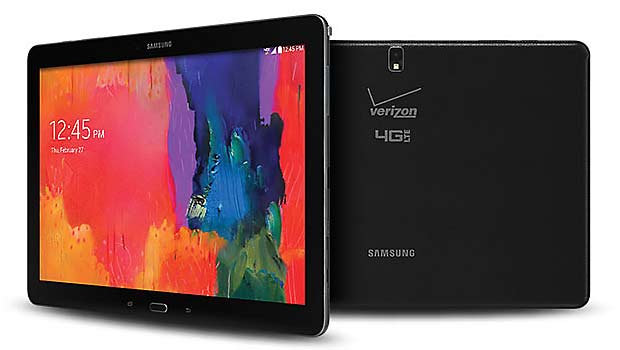 Unlike the Wi-Fi model which has an Exynos 5 Octa processor, the Samsung Galaxy Note Pro 12.2 LTE is powered by a quad core 2.3GHz Snapdragon 800 chip. For memory, there’s 3GB of RAM, 32GB of flash storage and a microSD card slot. The company has also thrown in an 8MP rear camera and a 2MP front-facing lens.

The Samsung Galaxy Note Pro 12.2 can be picked up with a 2-year contract, but that will also cost you a lot or $749.99 to be exact. You can book the slate through this link.

Here are the key specs of the Samsung Galaxy Note Pro 12.2: