BQ Aquaris E4.5 will be the first Ubuntu smartphone, arrives next week

Spanish consumer electronics and software development company, BQ, will be responsible for creating the first commercial Ubuntu smartphone which is officially known as the Aquaris E4.5. The handset is set to go on sale in the coming weeks across Europe and you’ll be able to grab a unit for a very affordable price of €169.90.

What’s interesting is that the BQ Aquaris E4.5 Ubuntu Edition smartphone won’t be easy to get hold of as the company will be offering it in limited quantities and through flash sales. The handset was originally released as an Android offering running version 4.4 KitKat and is merely a repacked model. 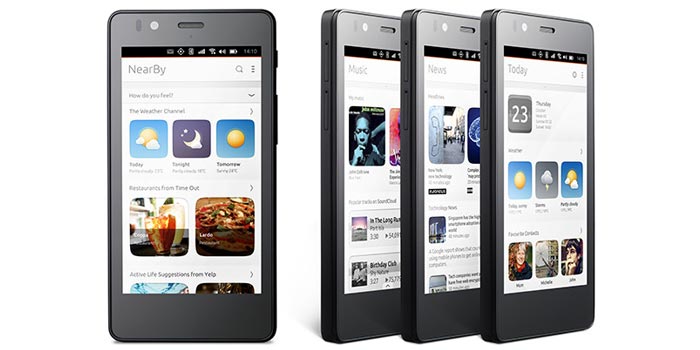 It features entry-level hardware and a pretty mediocre design, nowhere near to what the Ubuntu Edge had to offer. Nevertheless, this is only the first release and many more handsets with the Linux-based OS are expected in the coming months including high-end ones. The Aquaris E4.5 carries a 4.5-inch display on its front.

And while the original Android version had capacitive navigation buttons, they have been eliminated on this model since the OS is purely gesture based. This also explains why there’s such a thick bezel below the display. A 1.3GHz quad core MediaTek processor powers up the handset with 1GB of RAM.

Flash sales for the BQ Aquaris E4.5 Ubuntu Edition will commence from next week and the company has partnered with carriers such as 3 Sweden, amena.com, giffgaff and Portugal Telecom to offer SIM bundles.