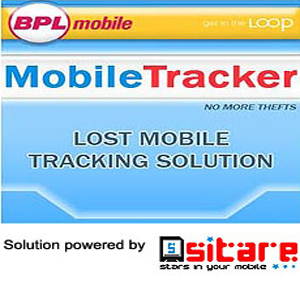 BPL Mobile, a cellular service provider in Mumbai has introduced a solution to track down mobile phones that are lost. Called the BPL Mobile Tracker, this solution can be availed not only by BPL customers but also by any GSM service user.

Mr. S. Subramaniam, CEO – BPL Mobile said, “With the rapidly growing mobile phone usage in the country, the concern regarding the safety and security of the handsets and the data is also at a rise. We at BPL mobile have always been focused in bringing forth best of value-added services for our customers. And this time, with this innovative Mobile Tracker solution, we have opened the gates to all GSM service users. Our sole concern is the safety, security of all the mobile users and hence this step”.

BPL plans to introduce many more handsets that are compatible with the Mobile Tracker service.

The BPL Mobile Tracker solution is extremely easy to set-up, and when installed works at the background of the mobile phone. Basically, this application will always be hidden, but will invisibly be active in the background without affecting the phone’s performance.

Incase a mobile phone that is loaded with the BPL Mobile Tracker service gets stolen, this application detects any changes in the SIM card, after which 2 SMSes are immediately sent to the two alternative recipient numbers which had been entered during the setup of this service.

These messages get sent automatically the phone’s operating system through the kernel, without any sort of notification on the phone’s screen. Thus, the mobile phone gets tracked down, without the burglar even knowing anything.

In fact, so efficient is the service that such messages get periodically sent every 60 minutes, assuring the owner that the mobile phone is active.

Listed below are the salient features of BPL Mobile Tracker at a glance:

The BPL Mobile Tracker solution carries a one-time cost of Rs.149. In order to avail of this service, one needs to visit a BPL Mobile Gallery to get the application installed. This takes less than 10 minutes!

You will then have to enter two alternate recipient numbers such as your spouse’s or good friend’s, whose numbers will be used to notify you incase your mobile phone gets stolen.