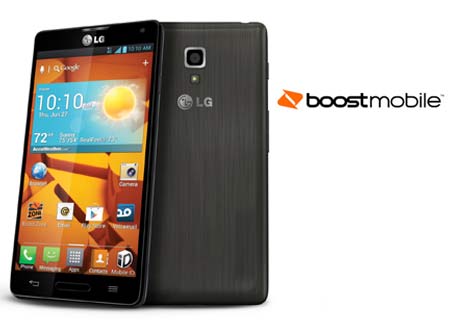 Boost Mobile is all set to unleash its fourth 4G LTE smartphone, the LG Optimus F7 later this month coupled with the optional Shrinking Payments subscription. The LG device went official back in February and it’s the largest member in the series which includes the F5 that’s currently available for purchase through Sprint for an affordable $29.99 on-contract retail tag.

We already knew that the LG Optimus F7 was headed to Boost Mobile since it leaked back in April. Additionally, the smartphone is already up for grabs through U.S. Cellular with a reasonable $99.99 charge. It comes with the Android 4.1 OS preloaded and the Optimus UI for an intuitive experience. The platform is also accompanied by a host of software features. They comprise of VuTalk, QSlide 2.0, Notebook, Live Zooming, QuickMemo, Tag+, QuickTranslator and many more. 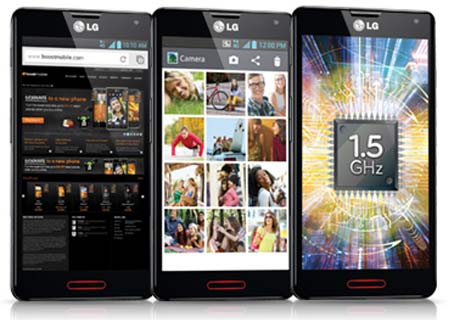 Like in the L2 series, the LG Optimus F7 is designed with the LED home button which illuminates with specific colors and patterns to alert users about incoming calls and notifications amongst others. Being high on entertainment attributes, the device comes with a True HD IPS touchscreen that measures 4.7 inches wide. Apart from 720p visuals at 313ppi, users will be able to run demanding games and applications owing to the inclusion of a dual core 1.5GHz Qualcomm Snapdragon processor.

Complementing it is a large 2540mAh battery which can deliver 17 hours of talktime at the most. The LG Optimus F7 is fitted with 8GB of flash storage and 1GB of RAM, while a microSD card slot enables memory expansion. There are dual cameras as well, a 1.3MP front webcam and an 8MP rear-facing shooter with a BSI sensor.

The Optimus F7 will be available for purchase on Boost Mobile starting June 27 for a price of $299.99 which excludes taxes. For those who aren’t aware, the device will operate on Sprint’s 4G LTE network. 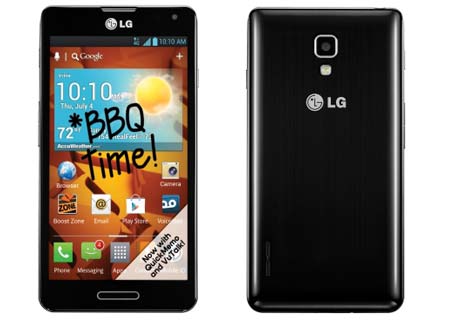 Here’s a quick look at the specs