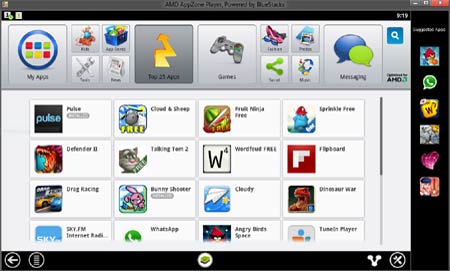 While the Android on PC emulator has been available for quite some time now for the Windows platform and Mac systems, a new version dubbed BlueStacks AMD AppZone Player has made it to the scene developed exclusively for processors and graphics from the California-based chip maker.

What the guys over at BlueStacks have done here is, they’ve optimized the emulator to play well with Radeon graphics and even OpenGL drivers that are incorporated within AMD’s APUs and GPUs. Once installed, users can access Android applications straight from the player’s home screen, the Apps library and the start menu.

“You may have seen the announcement of AMD AppZone and our work with BlueStacks, an AMD Ventures-backed company, to bring Android apps to AMD-based PCs. We are extremely excited about the collaboration and the new AMD AppZone Player that is powered by BlueStacks’ award winning LayerCake technology. Their technology makes it possible to run native Android apps on a Windows-based PC,” states Gabe Gravning, Senior Manager, Global Product Marketing at AMD. 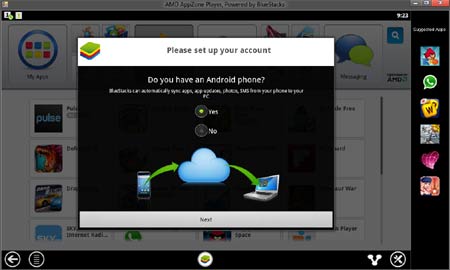 And downloading new content appears to be a breeze, courtesy of the AppZone which provides access to a host of Android apps and games. Users will also be able to utilize the Cloud Connect service which enables them to conveniently synchronize applications from devices running on Google’s mobile platform.

The BlueStacks AMD AppZone Player is available for free and it can be downloaded directly through the developer’s website. Another way of getting it is by simply acquiring an Android app from the company’s wide catalog. On doing so, the tool will be automatically installed along with the application.