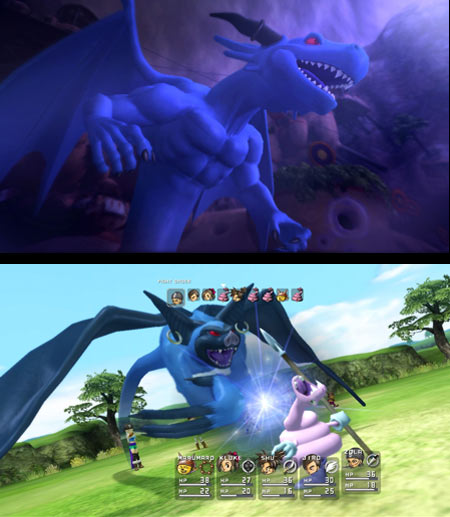 Microsoft Game Studios has announced that the Japanese Role Playing game (RPG) “Blue Dragon” will soon be making its way to Xbox 360 consoles. The game is known for its realistic environments, anime-styled characters, unique battles and deep storylines.

Gamers will find themselves exploring and discovering the vast world of “Blue Dragon” as they assume the role of Shu, a young boy who along with his band of four friends, embarks on a quest to combat the evil forces that have come to their world.

These unlikely heroes possess miraculous strength and the magical power to control their phantom shadow creatures that range from a Minotaur to a phoenix to a dragon and more.

Famed game producer Hironobu Sakaguchi of Mistwalker game studio as well as developer Artoon have worked on Blue Dragon for the Xbox 360.

The music for the epic Blue Dragon RPG has been done by Nobuo Uematsu, the composer for “Final Fantasy”.

And, for those who wish to bring Shu, his friends and their quest to save the world to their Web sites, they can do so with the official “Blue Dragon” Fan Site Kit, which can be downloaded from here.