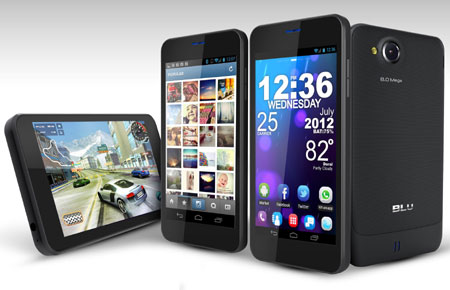 The price of the Blu Products Vivo 4.65 HD has been officially revealed and it has been given a vague release window of January 2013. In August this year the company announced the Vivo 4.3 which came with a slightly smaller screen and as a marginally lighter burden on the pocket.

The Vivo 4.65 HD delivers a user experience through the Android Ice Cream Sandwich platform. Compared to its light-weight predecessor, the device gets it RAM bumped up a bit. In that respect it comes with 1GB of RAM making sure processes and apps run smoothly.

What the bulkier sibling does have is a 4.65-inch screen, as the name suggests, which is a Super AMOLED display offering users images and video at HD resolution. Those who demand that a phone must also be a hub for their photography needs should remain content with the 8MP primary camera which comes with auto focus and the ability to record in 720p resolution. 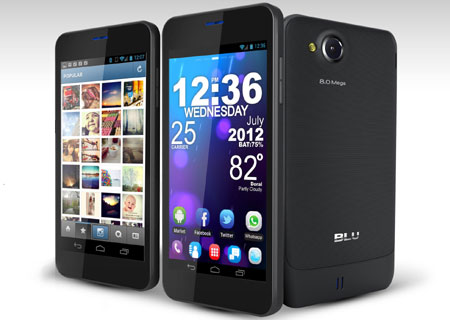 There is no word on whether the device has a secondary, front-facing snapper or not, but going by the image released, it doesn’t appear to have such a feature. In that case, even its 3G and HSPA connectivity will not find a use in video conferencing.

Samuel-Ohev-Zion, CEO of Blu Products, is optimistic about how the phone will be received by fans, and heaps praise on its ability to reproduce colors vividly, promising ‘several incredible product launches’ in the first half of next year. the phone can accept 2 SIM cards which can both work at the same time, increasing usage convenience.

In terms of processing power too it takes it up a notch, sporting a 1.2GHz Cortex A9 processor, up from the older model’s 1GHz speed. A MediaTek MT6577 chip pulls the strings behind the curtain and keeps things running as they should. 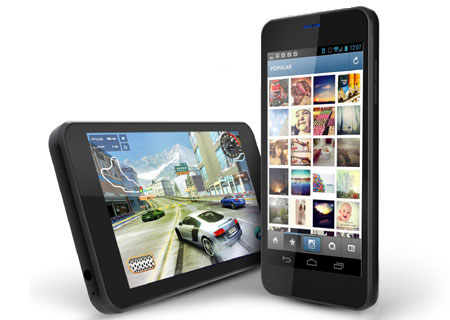 It has been revealed that the Blu Products Vivo 4.65 HD will start shipping to major US retailers in January 2013 with a roll out to Latin America and certain parts of Asia following promptly after. Those Asian markets are not known at the moment, but the device is expected to hit stores at $300.