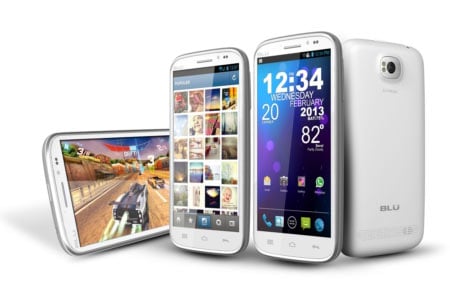 It has been announced that the Blu Products Studio 5.3 II and Tank 4.5 have started shipping in the US and will be made available at a price of $199. The phones share a dual core 1GHz processor and both run on Jelly Bean, but exact availability details elude us at the moment.

The 5.3 II (pictured above) is a refurbished version of the similarly named phone released around this time last year. It is said to feature dramatically increased performance attributes such as its 2200mAh battery, and comes unlocked and contract free through a variety of carriers in the country.

It has a 5.3-inch IPS screen with a 208ppi pixel density capable of having visuals displayed at a qHD resolution (540 x 960 pixels). This is the more high-end of the two and has 4GB of memory built into it. For those who want more storage, the phone is compatible with microSD cards all the way up to 32GB in capacity.

In addition, there is an 8MP camera with LED flash on the back, which can be used to record video in 720p format. A 2MP front-facing webcam is also present to help out in video chat. It gets a Cortex A9 chip with a PowerVR SGX Series 5 GPU attached and fast 3G HSDPA connectivity, being able to accommodate two SIM cards at once.

On the other hand, the 4.5 shown below, is a rugged handset that can fend off dust and sand. It is also water-resistant up to a depth of 1 meter for about 30 minutes. It utilizes the same processing heart as the aforementioned phone and has identical storage capacity. It even picks up dual SIM capabilities. 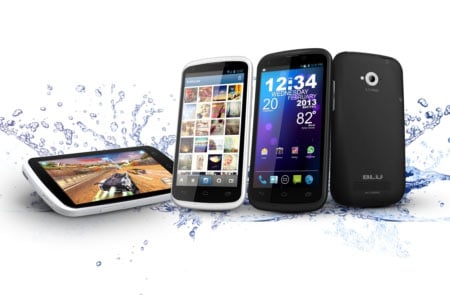 Other specs are considerably lower. There is a 5MP camera (with LED flash) facing away from users and a VGA webcam on the front. Even the battery is a fairly modest 1760mAh unit. The 4.5-inch IPS screen is capable of a higher pixel density though, coming in at 245ppi. It will be made available across the nation through many online retailers.

There’s no word on an exact release date for the Blu Products Studio 5.3 II and Tank 4.5, but since they have started shipping, they should be available in markets soon. As mentioned, each retails for $199.