The all new Blu Products smartphones called the Studio 5.0 II and Advance 4.0 have been announced for North America and the company says that they are compatible with almost all the 4G HSPA+ and GSM networks in the region. Both the unlocked devices fall in the affordable category and refrain from digging a huge hole in users’ pockets.

First up is the Studio 5.0 II, which of course builds up on the success of the first edition of the Studio device. Drenched in the shades of glossy black and glossy white, the handset shows off a 5-inch capacitive LCD touchscreen of 480 x 854p resolution as well as a VGA webcam and a 5MP camera with LED flash. It is based on the Android Jelly Bean 4.2 OS. 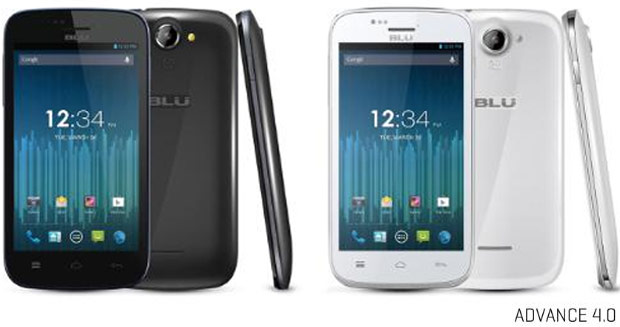 A dual core MediaTek MT6572 Cortex A7 processor sprinting at a speed of 1.3.GHz is accompanied by a Mali-400 GPU and 512MB of RAM. Its onboard memory amounts to 4GB and you get a microSD card slot for expanding it further. A 2000mAh battery has also been tossed into the mix. 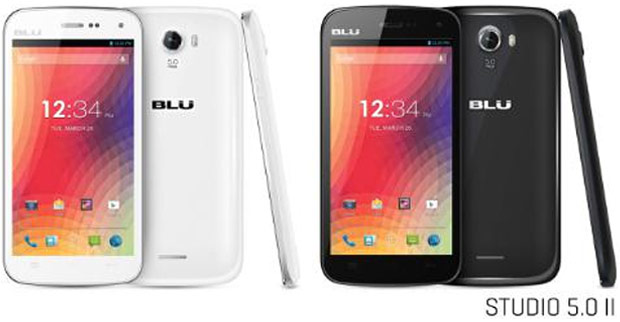 The Blu Products Advance 4.0 is a Jelly Bean 4.2-based device as well, but unlike its aforementioned sibling, it employs a compact form factor with a 4-inch touchscreen on the front panel. The phone even uses the same processor, but it is clocked in at 1.2GHz and the Mali-400 GPU and 512MB of RAM can also be found in it. A 5MP rear-facing camera snapper and a VGA webcam grace the smartphone and you can expect 4GB of expandable memory too.