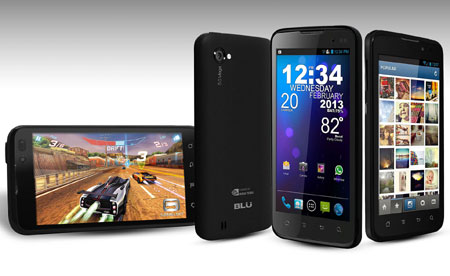 Blu Products Quattro 4.5, 4.5 HD and 5.7 HD release dates for the US have been revealed, which state roughly when they will be made available, along with exact price information. They all run on the Ice Cream Sandwich version of Android with a planned OS bump up, and draw steam from Nvidia’s Tegra 3 quad core chip. With these devices, the company aims to capture more of a market share as it sees an increasing demand for high-end smartphones in the country.

To begin with, the Quattro 4.5 features a 5MP camera with auto focus, capable of recording videos in a resolution of up to 1080p. Its screen is, as the name suggests, a 4.5-inch display offering visuals in qHD quality. It comes with the Nvidia Tegra 3 quad core processor made to run at 1.5GHz. The chip has a fifth core which helps conserve battery power.

Among its other strengths are 1GB of RAM and 4GB of internal memory, which is more than modest and can be expanded further up to 32GB via an externally inserted memory card. It will retail at $249.99, falling in a bracket that the company says makes it the most affordable device when considering quad core smartphone performance. 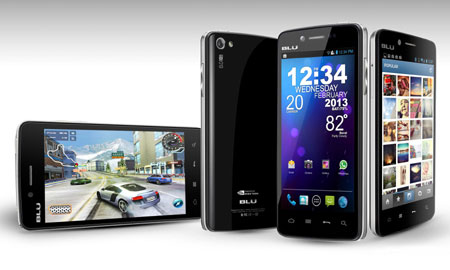 The 4.5 HD is up next and just like its less well-endowed sibling, it too comes with 4.5 inches of real estate, but in an HD resolution and with a pixel density of 326ppi. The difference between the two is visible and this one has curved Corning Gorilla glass, making for a scratch-resistant surface.

The handset has 1GB of RAM to fall back on, and 16GB of internal memory has been added with no mention of expandable storage options. There will also be an 8MP camera on the back capable of taking pictures in low light and capturing video at 1080p. It should sell for a fairly premium $349.99. 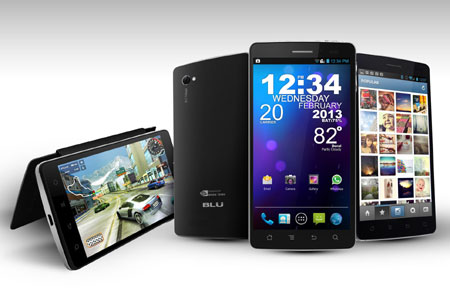 Finally, the 5.7 HD is a product intended to merge the functionality of a tablet with the convenience of a handset. It has a 5.7-inch HD display bringing images and video to users at a resolution of 1280 x 720 pixels. Additionally there will be an 8MP camera capable of recording in 1080p.

4GB of internal memory means storage isn’t as much as the above smartphone, but it can be expanded up to 32GB. 1GB of RAM and the aforementioned Tegra chip fit snugly into this large device, maintaining a balance between power hungry apps and battery saving methods. It will be made available for $299.99.

The Blu Products Quattro 4.5 and 4.5 HD are scheduled to arrive sometime in the first week of this month, with the 5.7 HD expected to hit at the end of March for the above mentioned cost. It hasn’t been revealed precisely when a Jelly Bean update will be introduced.