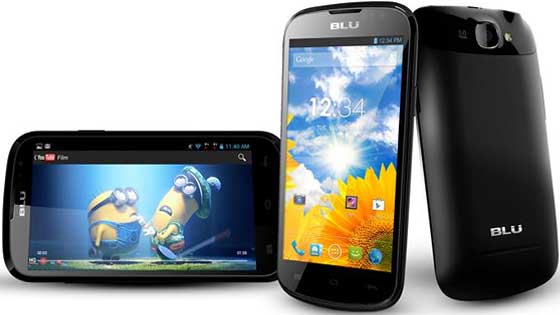 The Dash 4.5 from Blu may not have entered the company’s official site just yet, but Amazon has already put the Jelly Bean-rocking handset on sale at a price of $139.99. This isn’t the first time that Blu has conjured a 4.5-inch device, if we take into consideration that the manufacturer had launched the Quattro series a few months ago and then there is the Tank 4.5.

Across the capacitive screen estate of the Dash 4.5, users will be able to view pictures and videos at a resolution of 480 x 854 pixels. It holds onto 4GB of internal memory and offers further expansion solutions of up to 32GB in the form of an onboard microSD card slot.

The company has partnered with MediaTek to present the Dash 4.5 with a quad core MT6589M processor clocked at 1.2GHz and backed by 512MB of RAM. Those looking forward to a quality gaming experience might be pleased to learn of a PowerVR SGX544 GPU’s inclusion. 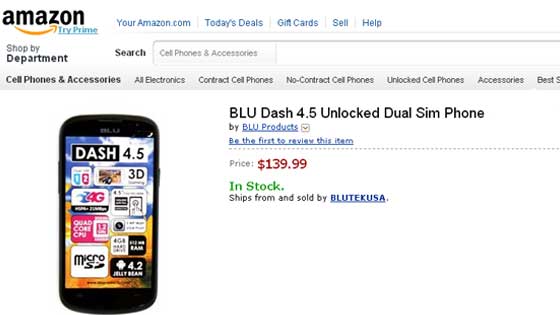 Catering to photography needs is a 5MP camera which is accompanied by a VGA lens dwelling on the front panel. Residing near an LED flash, the primary snapper comes packed with autofocus, HDR and 720p video recording capabilities. Lastly, the Dash 4.5 has been fitted with a 2,000mAh battery to stay alive and kicking between charges.

Bearing in mind that the manufacturer had considered the $249.99 priced non-HD Quattro to be an inexpensive remedy for quad core handset hunters, we can only wonder what’s its perception about the Dash 4.5.