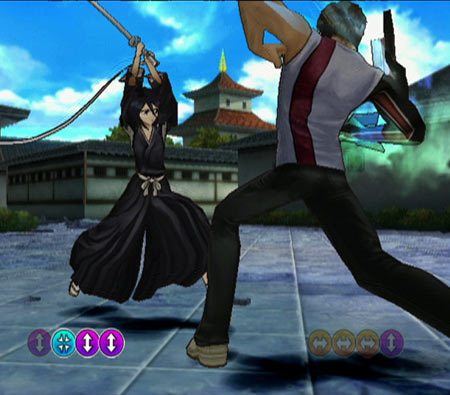 Sega Europe and Sega of America have announced two games for the Nintendo Wii and DS based on the upcoming Bleach Anime. Bleach: Shattered Blade the game will be released for the Wii gaming system while Bleach: The Blade of Fate will be available for the Nintendo DS.

Both the Bleach games will feature a strong cast of characters voiced by the same actors in the original award-winning Bleach anime.

For those who are not in the “Bleach” circle, well read on to find out the storyline. The Bleach Anime storyline follows fifteen-year-old Ichigo Kurosaki who has the power to see spirits from the afterlife, including warriors known as Soul Reapers. The Soul Reapers are tasked with defending humans from otherworldly beings called Hollows. One fateful day, Ichigo meets Rukia, a Soul Reaper who lends him her powers after she’s injured by a Hollow.

In both the Wii and DS versions of the Bleach game, players will face increasingly difficult opponents in their quest to uncover the truth.

According to Gary Knight, European Marketing Director, Sega Europe, “Both the flexibility of the Wii and the portability of the DS have allowed us to bring the intense action of Bleach to a wide variety of gamers and make a great companion to the awesome forthcoming TV series.”

Bleach: Shattered Blade game for the Wii allows players to use the Wii Remote and the Nunchuk as weapons. This Bleach game has an exclusive storyline created especially for the Wii with 32 characters to choose from. You can also call upon supernatural allies such as a giant serpent, a samurai titan or even a tidal wave, just like the anime.

What’s more, players will also be able to fight it off with their friends in the high-speed multiplayer combat in 3D arenas. 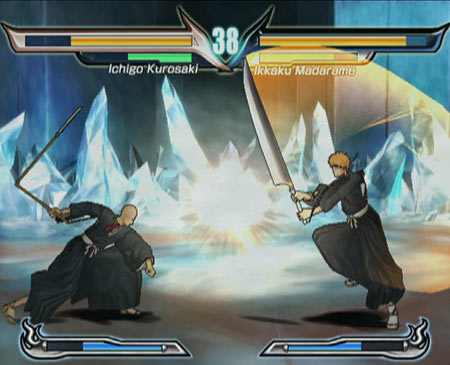 The DS version Bleach game- The Blade of Fate offers amazing 2D action that has been created by Treasure, the development team. This version too offers players 28 characters to choose from.

Bleach – The Blade of Fate will see players utilizing both the screens of the DS to move between upper and lower split-plane battle arenas.

The DS version also allows players to build Spirit Card Decks to strategically access power-ups and power-downs to perform special attacks, cast healing spells on themselves, and displace opponents or to ban them from using their own Spirit Cards.

Besides, gamers will also be able to battle out their enemies in Bleach: the Blade of Fate with friends using the Nintendo DS’ Wi-Fi capabilities.