BLEACH: Dark Souls for gamers in Europes to be launched soon 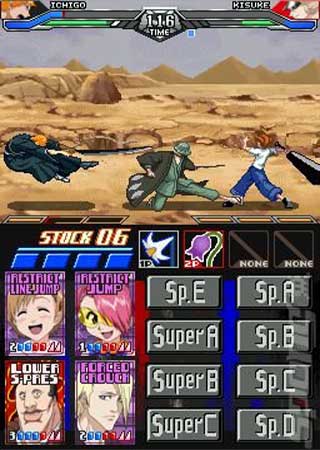 BLEACH fans in Europe rejoice! The BLEACH returns with as BLEACH: Dark Souls, the game with more ‘blade wielding action!’

After enjoying the success of critically acclaimed BLEACH: The Blade of Fate game, SEGA Europe Ltd. plans to bring in the game exclusively for Nintendo DS users in Europe. The Dark Soul version elevates the already amazing action filled experience provided by The Blade of Fate. SEGA claims to deliver ‘an authentic anime experience’ this time through BLEACH: Dark Souls.

This game developed features over 40 characters including Rukia, Kon and Hero Ichigo the hero, and hold on, for the first time you can also play the role of Evil Hallows.

The newly added and improved features in BLEACH: Dark Souls include:

The manga and anime based game can keep players engrossed for hours by its furious and killer fights that it features while one also gets to unlock the individual character stories that are all based on ‘an exclusive story arc created for the Dark Souls’claims SEGA.

The multiplayer game lets players to customise the Spirit Card Decks but there is a surprise in store for players! An additional power can be gained form Reiju crystals to boost the character’s health, attack strength and defense power cards.

Well, the game is not only four-player but the players can also enjoy the game by playing the two-player battles via the Nintendo Wi-fi Connection with DS Download Play. Play against each other or form teams, just enjoy the engaging, action packed full of sword-play BLEACH: Dark Souls (as seen in the picture via Sponge)

The game also features two player battles via Nintendo Wi-Fi Connection and up to four player multiplayer battles with DS Download Play. Players can battle each other at the same time, or form tag teams for team play!

If there are players who haven’t played the BLEACH series ever and don’t know much about the BLEACH games then the latest game also features an all new encyclopedia that gives a detailed explanation on the world of BLEACH, the character info, descriptions of their attacks and a full glossary of BLEACH terms, which the players already familiar with the game will also enjoy.

The BLEACH: Dark Souls game is scheduled hit the Nintendo DS in early 2009.