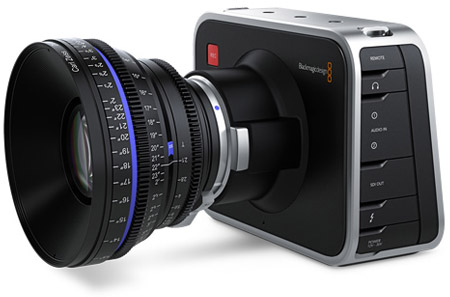 The Blackmagic Cinema Camera is making its presence felt at the ongoing NAB 2012 for its compact design coupled with the many interesting features it has to offer. The gadget is complete with a 2.5K sensor and it proffers wide 13 stops of a varied range, allowing enthusiasts to capture clear details.

This device comes with a built-in SSD that facilitates the recording of RAW videos, while the offering also supports formats such as CinemaDNG 12-bit RAW, Apple ProRes and Avid DNxHD. The connectivity options spell out to be a standard DC 12V – 30V power connection, mic/line audio jack as well as BNC SDI and Thunderbolt ports.

“This is one of the most exciting products we have ever created and its been a work in progress for a very long time,” states Grant Petty, CEO, Blackmagic Design. “Ever since I was a telecine engineer back in the 1990’s I have wished that video cameras would include features that allowed them to perform creatively similar to film. However current digital cameras are too heavy, way too expensive and need costly accessories to work. We felt there was a need for a camera that delivered these features in a design that’s optimized for professional video shoots, as well as being a compact, elegant design that’s easily affordable. We think we have achieved that!” 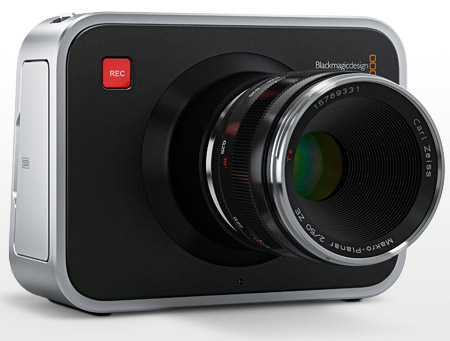 Additionally, the high-end camera shows off an LCD capacitive touchscreen and it also happens to be compatible with Canon EF and Zeiss ZF lenses. Plus, with the DaVinci Resolve 9.0 software copy that has been bundled in, color grading should be catered to, on the fly.

The Blackmagic Cinema Camera price is stamped at $2,995 and it is expected to become available in July 2012 for potential users out there.