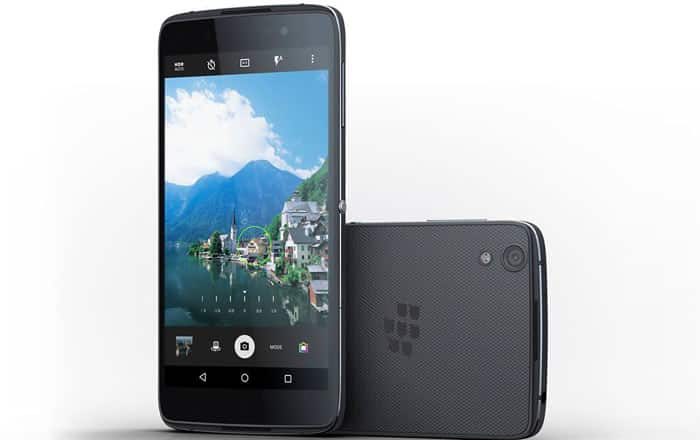 BlackBerry’s come out with its second Android smartphone after the ambitious failure that was the pricey Priv. As promised, the new all-touch DTEK50 is a much cheaper affair thanks to its $299 (roughly Rs 20109) price tag.

However, it seems like BlackBerry’s decided to cut down on costs by simply rebranding an existing Chinese phone. The DTEK50 looks strikingly similar to the TCL Alcatel Idol 4, right down to the front-facing speaker design. Even the specs appear to be almost the same.

While TCL is taking care of the hardware side of things, BlackBerry has brought its own software services to the table. Specifically, it’s gone heavy on pitching the handset as a security-focused smartphone which will shield users from attacks. After all, it’s named the new device after its DTEK privacy application.

DTEK basically acts a one-stop platform to safeguard owners from threats like malware, inform them if an app is accessing sensitive information, and assess the overall security of the DTEK50. Much of the handset’s software features are carried over from the Priv, which makes the new phone come across as a Priv in a mid-range Chinese handset’s body.

Here’s a neat overview of the top specifications of the BlackBerry DTEK50:

The BlackBerry DTEK50 is now up for pre-orders in the US, UK, Canada, France, Italy, Spain, Germany, and the Netherlands. Early birds who place an order before August 8 via the company’s website will get a free BlackBerry Mobile Power Pack portable charger worth $59.99 for free.