Not a day goes by without a leak to spark anticipation and the latest one comes in the form of the BlackBerry Z30 and Z15 smartphones which have managed to create quite a bit of buzz online. By the looks of things, BlackBerry wants to take a go at diversifying its latest OS through different form factors like it did with the previous generation handsets.

The BlackBerry Z30 will feature an all-touch form factor. The device has been under speculation for quite some time now, but as the A10 Aristo. Well, that moniker is said to be merely a codename. The guys over at CrackBerry have dug into a leak BB10.2 OS dump and managed to stumble upon images of the smartphone. There’s no confirmation of the specifications, but here’s what we know so far – The BlackBerry Z30 will have a 1.7GHz dual core Snapdragon processor with quad core graphics, a 5-inch OLED HD display, 2GB of RAM, 16GB of storage, an 8MP rear camera and a 2800mAh battery. 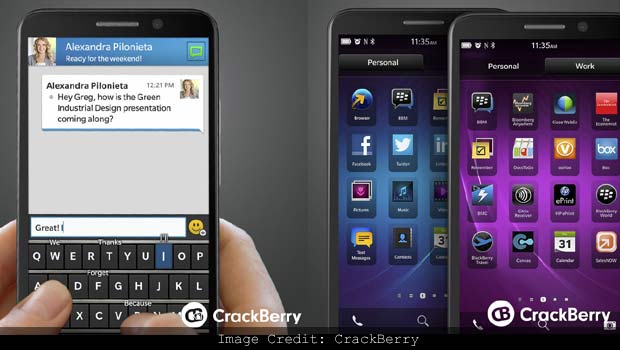 Not much is known about the BlackBerry Z15. In fact, this is the first time we’re reporting its existence. The alleged images of the smartphone have surfaced through BBerryBlog (source in Spanish). What we can gather front the images provided is that the device will run on the latest BB10 platform and have a slider design like the previous Torch series. The display on the BlackBerry Z15 appears to be around the same size as the current flagship and there’s a premium-looking QWERTY keyboard tucked away under the screen. 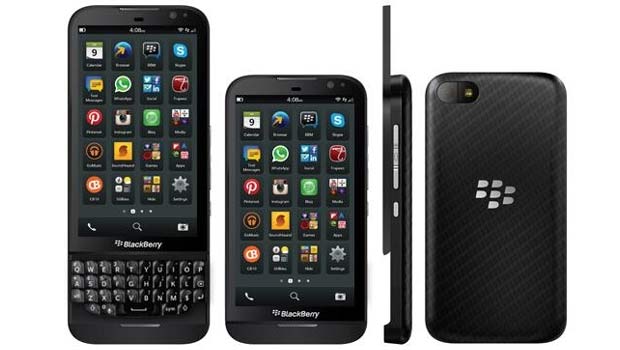 The possibility of the Z30 being legit is fairly high as its images have been sourced straight from the leaked OS. The slider-based Z15, on the other hand, doesn’t have any credence fixed to it, so we’re a little skeptical about this one. Nevertheless, time will tell what the Canadian company really has in store.