BlackBerry has started rolling out its Z30 in various parts of the globe. We’ve seen the device go on sale in the UK, Canada as well as recently in India and now, a leaked document highlights that the device will also be headed to the US. However, it’s going to be available exclusively through Verizon.

The guys over at N4BB managed to get their hands on an internal document which suggests that the device will go on sale starting October 31 with a $299.99 price tag and an accompanying 2-year contract. The Canadian company is having a tough time in the mobile market. T-Mobile has reported removed BlackBerry devices from its retail stores and smartphone sales haven’t been promising. Nevertheless, the company isn’t looking to give up. 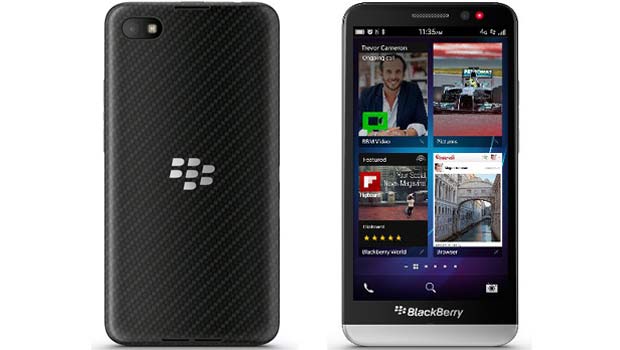 The Z30 is the mightiest there is in the BB10 lineup. It comes preloaded with the latest OS release and is 5 inches tall carrying a Super AMOLED HD panel. In dimensions, the phone measures 140.7mm x 72mm x 9.4mm and it weighs 170 grams. The Snapdragon S4 chipset which encompasses a dual-core 1.7GHz Krait processor and Adreno 320 graphics, does the heavy lifting, while memory is delivered through 16GB of storage and 2GB of RAM.

The company also incorporated a couple of fresh features here. First up is the Natural Sound technology which aims to deliver rich audio output through the built-in stereo speakers. Then there’s a ‘new generation’ antenna technology onboard which touts improved reception in places where signal strength is usually slow.

The BlackBerry Z30 can also be picked up factory unlocked through Negri Electronics for $657.50 with 4G LTE support.