The BlackBerry Z30 phablet that seems to be the company’s attempt to keep up with the times, is all set to make its debut in India. The Canadian company hasn’t mentioned anything about the phone’s impending arrival, but an e-retailer went ahead and put it up on sale anyway.

Although it has been listed on the shopping portal, nothing has been mentioned about its pricing or release date information as yet. Interested users can head over to the official Saholic website and sign up to get notifications regarding the device’s availability in the country. The BlackBerry smartphone is slated to be made available in various regions before the holiday season kicks off. It has already been made available in the UK as well as Middle East.

As you may already know, this is the first device from BlackBerry that offers a multi-touch real estate of 5 inches. Its Super AMOLED display can render visuals in 1280 x 720p resolution and has a pixel density of 295ppi. The smartphone’s chassis of 140.7 x 72 x 9.4 millimeters sports an 8MP camera on the rear panel, while its front side is graced by a 2MP webcam that can record 720p videos at the rate of 30 frames per second.

The Z30 is fueled by a dual core 1.7GHz Qualcomm Snapdragon S4 Pro processor which seeks assistance from an Adreno 320 GPU and 2GB of RAM. Its 16GB onboard memory can be expanded further by up to 64GB using a microSD card. And what’s more, the handset based on the BlackBerry OS 10.2 is loaded with most of the common connectivity options and it can be expected to cough up 2G usage time of around 25 hours, thanks to a 2,880mAh battery. 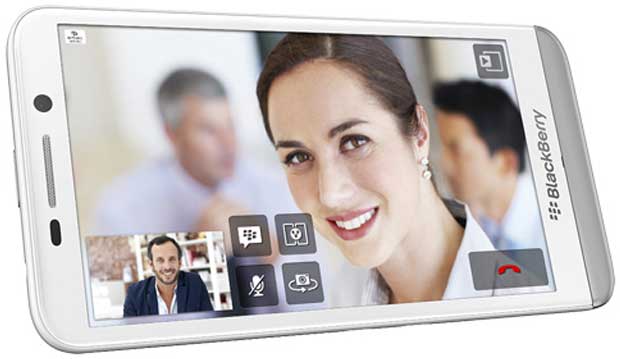 The arrival of the BlackBerry Z30 could be the reason why the company introduced a huge price cut for the Z10. Further details regarding the phone will be announced at a later date.