The festive season in India is a good time to a snatch your favorite gadget at a discounted price and if you’re looking to own a BlackBerry Z10, the Canadian company has just announced that it offering the smartphone at a sub-Rs 30,000 price. The manufacturer notes that the offer is for a limited time only, but has specified no end date.

Currently, only Snapdeal and Flipkart have the device listed on discount. The former is selling it for Rs 29,636, while the latter has priced the Z10 at Rs 29,990 which is around the same amount being asked by the company. The handset currently runs on BB10.1 and an update to version 10.2 which was announced with the Z30, is expected to arrive during the middle of next month. 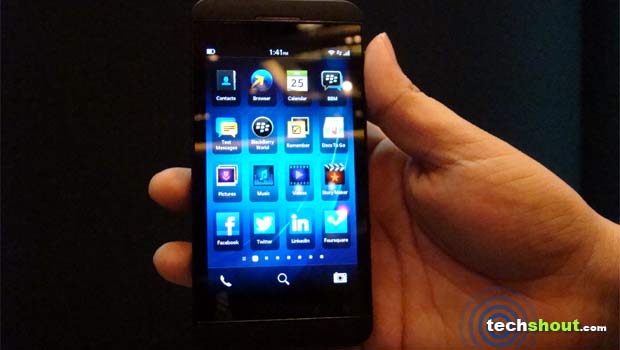 Listed below are the key specifications of the Z10

– There’s a 4.2-inch WXGA touchscreen on the front
– The phone packs a 1.5GHz dual core Krait processor and 2GB of RAM
– You’ll have 16GB of flash storage and 64GB microSD card support
– There are dual cameras onboard, 8MP rear and 2MP front snappers
– The 1800mAh battery can deliver 11 hours of talktime or 408 hours of standby
– The phone measures 65.6mm x 130mm x 9mm and weighs 135 grams

– Here’s our review on the Z10 if you need more in-depth details.
– If you love the traditional BB keyboard, do give our review on the Q5 a read.
– BlackBerry is in a pickle – $1 billion in loss and 4,500 employees sacked. Read more here.

The discounted price on the BlackBerry Z10 is for a limited time only, as stated above. However, we feel that the new retail tag might just be permanent.