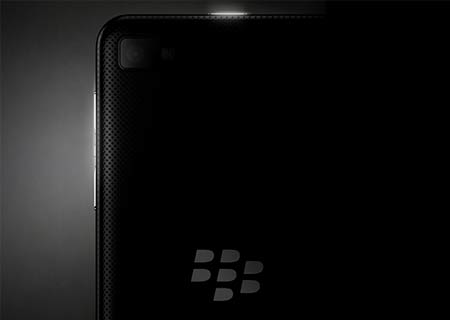 The BlackBerry Z10 specs have been rumored for some time now, with several leaks and even a semi-official teaser image. Here they have been compiled into a nice, easy-to-read list for quick comparison against other competitors which include the likes of Samsung, Apple and HTC.

The rumors have been springing up like nobody’s business, with the official launch of the new handset and OS almost upon us. The most recent of them concerns the Z10 which was spotted in what appears to be a promotional image. The possibility of a keyboard-toting model dubbed the X10 was also thrown up.

But the talk on the street didn’t stop there. RIM themselves teased us with a photo of the back panel of what is supposed to be a new handset running the company’s latest OS. As if that wasn’t enough, it was promptly followed up with the news that the BlackBerry 10 SDK was being delivered to developers. The video below should give a basic idea of the new OS.

The new OS was supposed to be called BBX, but then the company lost a trademark battle towards the end of last year and had to settle for what has now become popularly known as BlackBerry 10. To get an idea of the scale of the ongoing speculation, it goes all the way back to the middle of last November when it was leaked that the first device on the company’s new OS would be codenamed London.

And as Crackberry reports, the rumored BlackBerry Z10 specs given below are not so dissimilar to those that popped up with the Dev Alpha units that the company handed over to developers. In fact, they are pretty close, although the one about the TI OMAP 4470 processor might be a little stale.

Listed below are all the rumored specifications of the aforementioned device in a neat little package that’s easy on the eye.