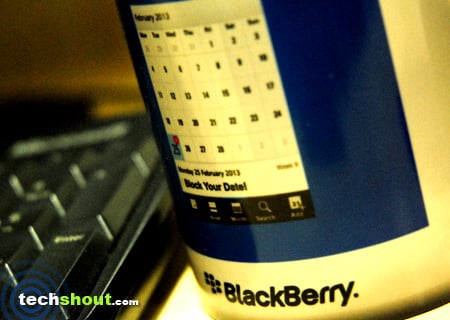 We’re heading towards the BlackBerry Z10 India launch on February 25, or so hints the black coffee mug invite we received from the company just now. Well, unlike what the photo above depicts, it was pitch black until we poured some hot liquid into it to take a look at the invite. Reminds us of the time the PlayBook invitations went out. 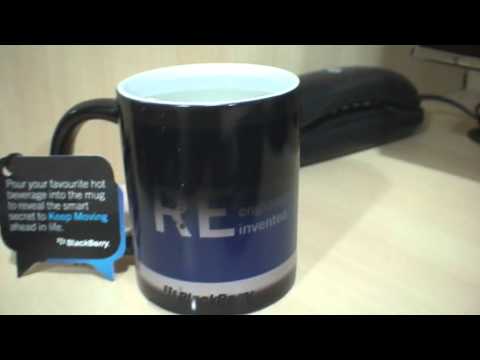 It all started a few minutes ago with a BlackBerry PR person paying us a visit, with a sweet smile and coffee mug in hand. With regards to why we can’t confirm with 100 percent certainty that the invite is indeed one for the said new phone running on BB 10, here’s how a bit of the conversation went: 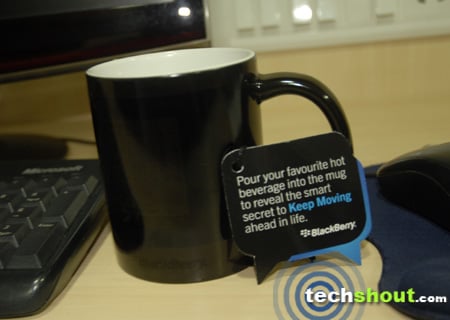 Here’s the question – Is the company also considering letting out the Q10 within 10 days’ time? Maybe it will be not one, but two BB 10 smartphones that will arrive on the scene soon. But according to our conversation with the PR rep in question, the handset (or handsets) will not be available for purchase until a few weeks after the event. 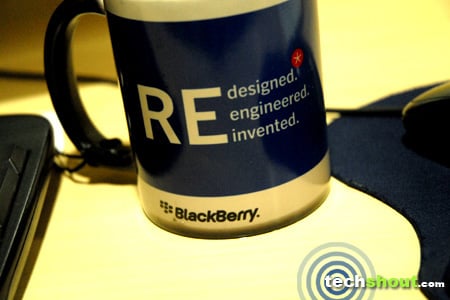 Earlier today, there was unconfirmed word that the BlackBerry Z10 would be launched in the market in the country for a price of Rs. 39,000. If it holds true, those who’ve been waiting to lay hands on the devices can expect to reach quite deep into their pockets and let’s hope the hardware and BB 10 will work its magic for the company.