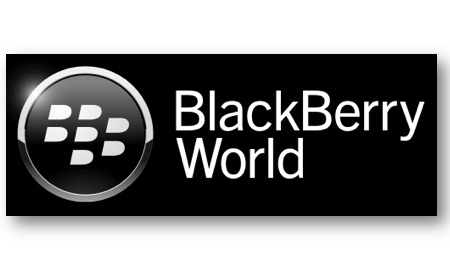 For anyone who hasn’t already noticed, BlackBerry World is what the RIM web store will be called from now onwards, having dropped the App from its name. Just like the Android Market before it, the company’s online application store gets painted a different color. But if RIM has anything to do about it, a new coat of paint is not all it gets.

And there’s a certain logic to the decision. The web storefront will be termed BlackBerry World to reflect a sweeping change in the sort of things which will be made available for purchase in the buildup to the company’s new platform.

As revealed back in September last year, the store has been redesigned to deliver more than just games and apps. There will also be movies, music and TV shows. The company is positioning the online resource as a ‘one-stop shop’ for any sort of entertainment cravings mobile users might have.

Users will also get opened up to several ways to browse content on the store and manage apps. A post on the official BlackBerry blog says that if a user comes across something of interest, it can be shared with friends via BBM or Facebook and Twitter.

And even though this extended experience is promised, video and music hasn’t yet made it to the store. But the blog says that changes are to be incorporated on the web storefront initially, and the functionality will slowly be rolled out to the PlayBook tablet and RIM’s smartphones in the weeks to come.

Recently, RIM has figured in the news, even if it wasn’t of the company’s own doing. And with the January 30, 2013 event approaching, the leaks seem to be flying in at an alarming pace. All through December last year we’ve been hearing things while images of hardware have been popping up quite consistently.

In early December, the company’s new hardware was flaunted online. Then towards the end of the month we saw images leaked of the full QWERTY device going by the X10 badge. Then just about 10 days ago another unpleasant leak – unpleasant for RIM – showed up allegedly detailing a release date for late February 2013.

Either way, the BlackBerry World store takes on the responsibility of satisfying RIM’s user base. It might not be available just yet, but it will soon be, music, video and all.