BlackBerry strikes a deal with LG, BBM to come pre-installed on latter’s phones

BlackBerry announced yesterday that it has entered into collaboration with LG, owing to which the devices from the South Korean company will now be pre-loaded with BBM. One of the first few smartphones to feature the instant messaging service will be the LG G Pro Lite.

The agreement between the two companies involve both standard and virtual pre-loading, carried out via the LG App Manager. And this definitely doesn’t mean that it will cease to be available through the app stores. You can download the application through any recognized Android app store, including of course, Google Play. As you may already know, you can install it for free on your Android devices as well as on the iPhone through iTunes. 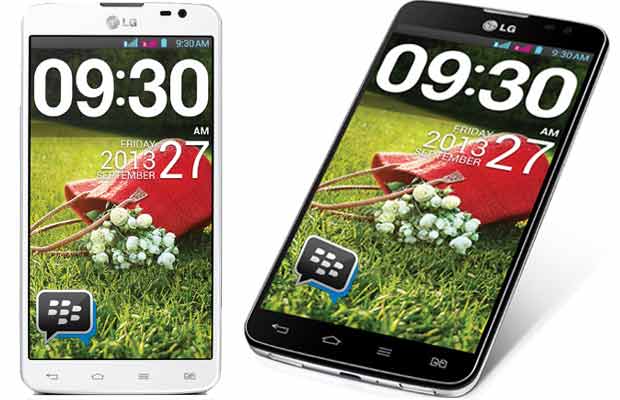 Back in November, the Canadian conglomerate had issued a press release to announce its association with a horde of OEMs across the world including Micromax, Celkon, Spice, Zen, IMO, Mito and many more. This should help the company make its mark in the market that is already crowded with similar messaging services.

What sets BlackBerry Messenger apart from other applications is the fact that it uses a separate PIN and not users’ phone numbers or email IDs. The cross-platform app allows one-to-one chats and group conversations and offers delivered and read status. You even get a message-in-progress notice when the person you are chatting with is typing it. 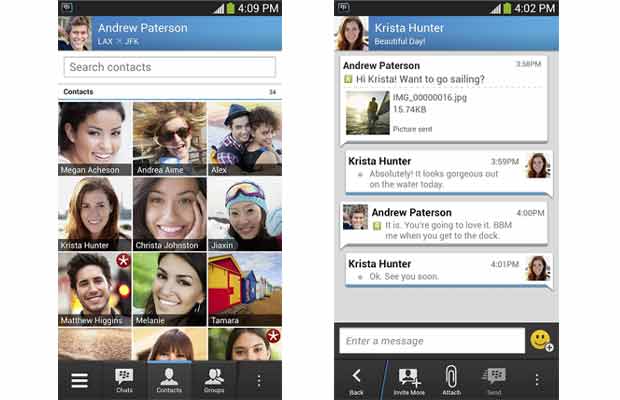 Forwarding pictures, videos, voice messages, music and other digital data is also possible. It will soon be compatible with BBM Channels and support for BBM Voice and Video calling is also in the offing. These will come with app updates in the near future.

BBM can be downloaded through the Google Play store as well as iTunes on devices not pre-loaded with it.