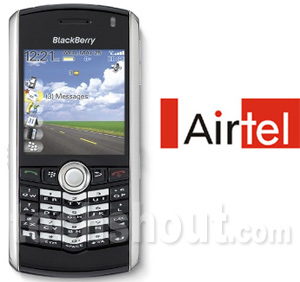 This newly announced reduction in the rate for BlackBerry services is effective immediately. It is also likely to help customers by lowering their bills as much as 40-45 per cent.

BlackBerry users on Airtel will now be charged only 15 paisa per KB of storage. Existing members are also allowed to continue with their rental of Rs.1,099 per month for unlimited usage.

Bharti Airtel further announced that thy are selling the BlackBerry 7100g handset to Rs.10,999. It is interesting to know that Hutch, a rival of Bharti Airtel is offering BlackBerry on their services as well.