We’re reviewing the BlackBerry Q5, the smartphone that has got a lot counting on it. So far, the company has had its primary focus towards the top-tier segment through the all-touch Z10 and the QWERTY-equipped Q10, both of which do not come cheap. Also, Android and Windows Phone have put the Canadian giant through a lot since manufacturers are offering feature-rich devices based on these platforms at budget-minded prices. That’s where the device in question steps in – An affordable alternative which aims to woo BB fans and others by delivering the much loved traditional design with more up-to-date hardware as well as latest software. We’re about to dive in for more in-depth details, so be sure to join us below. 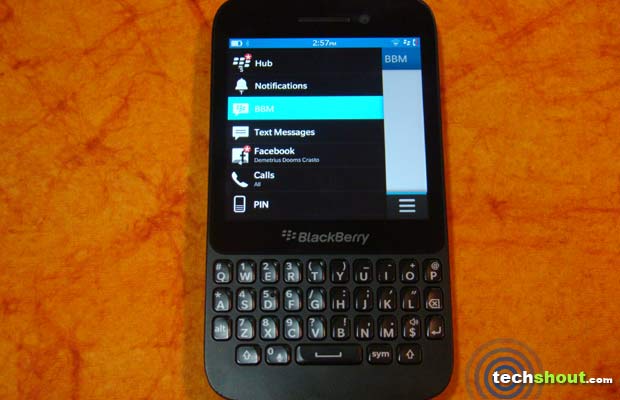 Design-wise, there’s something gravely wrong about the BlackBerry Q5. The device is a lot like the Q10 in appearance, but it just doesn’t feel like a BB phone. It lacks the robustness and premium feel the Z10 and Q10 have to offer and we hate to say this, but its polycarbonate body feels like cheap plastic, the kind that can easily be cracked open. Speaking of which, the phone doesn’t have a removable panel, but there’s a cutout that separates the front and rear cases. This highly suggests that the back can be popped open, especially to those who haven’t read the user manual. A couple of days of normal usage, we noticed a good amount of scratches on the body. However, thanks to the non glossy paint job, most of the scruff marks aren’t easily visible and neither are fingerprints.

The 3.1-inch touch panel, on the other hand, is a smudge magnet. It has the same resolution as the Q10 (720 x 720 pixels at 329ppi). The LCD panel occupies the upper half with a 2MP webcam, while the lower body sports a 4-row QWERTY keypad in the same old-school Curve style layout. Flip over to the rear and you’ll find the 5MP camera and LED flash on the top with the company’s iconic logo in the center. The top lip has the power button and the 3.5mm audio jack, while the lower edge sports the loudspeaker. On the left, you’ll find the microUSB port and what looks to be a highly fragile flap which encases the microSD and microSIM cards. The right plays host to the volume rockers. 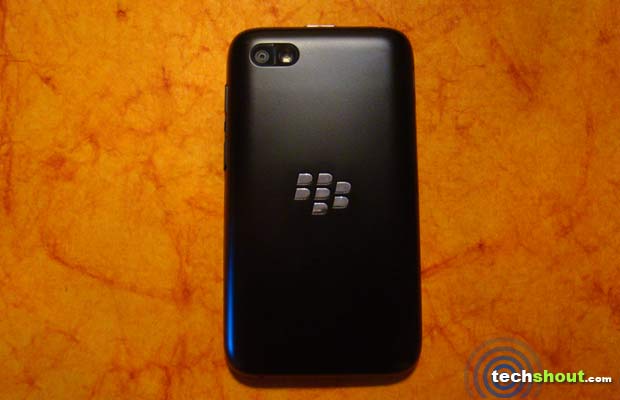 Where performance is concerned, we didn’t notice much difference between the BlackBerry Q5 and its larger siblings. In spite of the slightly lower CPU frequency, everything works flawlessly. Navigating through the interface, which by the way takes a little while to get used to, is smooth as touches register perfectly. Also, the BlackBerry 10.1 OS runs the show here and the UI is no different from the full-touch variant. There’s deep integration of software with hardware which enables swift transitions in the interface. The dual core 1.2GHz Krait processor and 2GB of RAM are responsible for making everything a breeze. 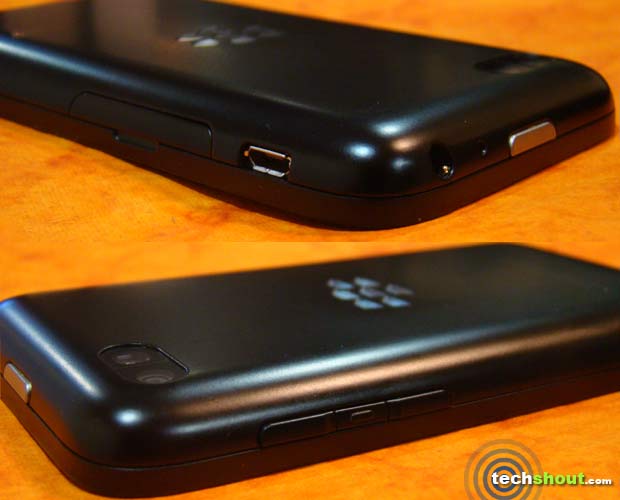 Gaming on the other hand, didn’t quite turn out as enjoyable as we expected. First of all, many popular titles on the store aren’t supported and both graphically intense and even less demanding choices lagged often. Watching videos is absolutely no fun either, thanks to the awkward 1:1 aspect ratio for the square display. Footage can be previewed in full screen mode, but using the option will simply magnify the video to occupy the entire display – Not something we see everyone doing. 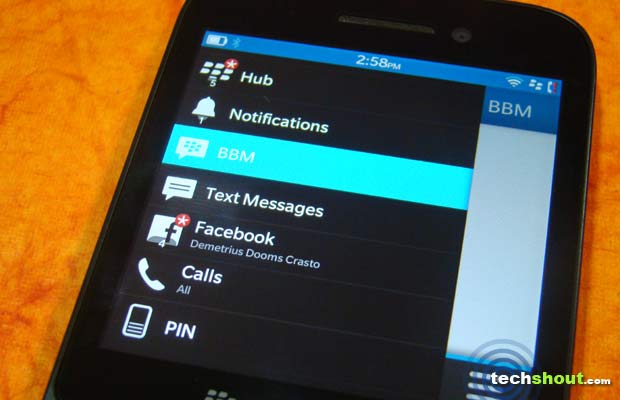 The panel’s clarity is the only thing commendable on this piece of hardware, but then again, its size is disappointing. You can rest assure it proffers crisp and vivid visuals in 720 x 720p resolution. Another noteworthy component is the loudspeaker on the lower lip, which does a pretty decent job in delivering good quality audio at high volume. Coming to the star of the show, the QWERTY keyboard maintains the traditional design. The buttons are a bit small, but well spaced out and typing here is a seamless experience. Just so you know, the virtual BB keyboard on the Z10 is one of the best we’ve ever used too. 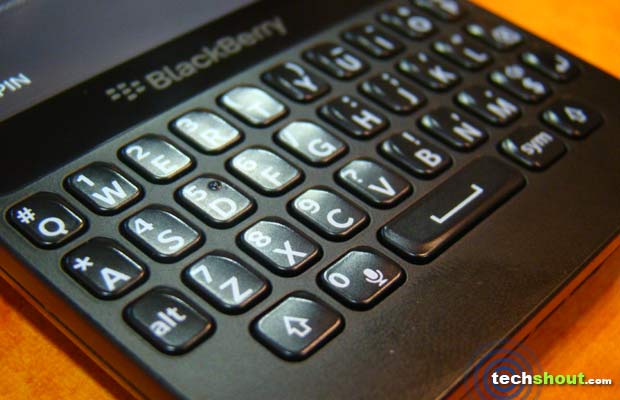 A 5MP camera with an LED flash is what you get with the BlackBerry Q5 on the rear, while the front sports a 2MP fixed focus snapper for video calling. The camera app is the same one you’d find on other BB 10 devices. The interface is pretty intuitive and straight forward, but you’d want to fiddle with the settings a bit before you start snapping up images. By default, pictures are clicked at 1:1 aspect ratio, but you’ll also have the option of 4:3 and 16:9. The first choice delivers fullscreen captures, while the other two will render wider shots. 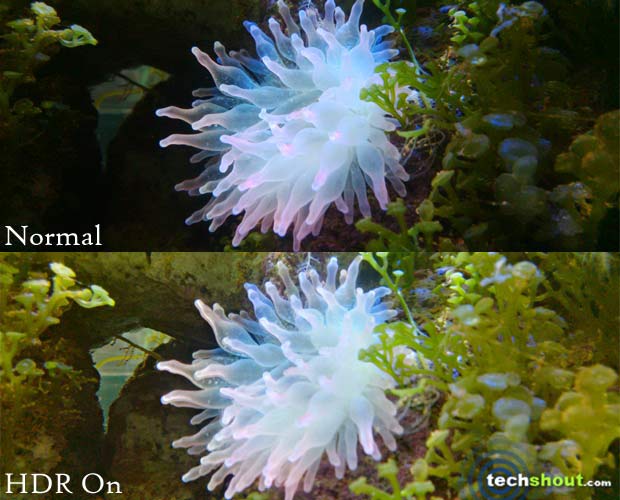 We did a little clicking and found that the quality is fairly good for a 5MP camera. Stills in normal light did have a bit of noise, but the color reproduction was acceptable. And low-light imagery is certainly not this snapper’s cup of tea. To prevent ghosting and blurry pictures, digital image stabilization has been implemented which doesn’t help much as slight shakes force the lens to lose focus or deliver foggy renders. For video recording, there’s 1080p and 720p options. We found the quality to be quite ok, nothing to boast about, and the sound is crisp as long as you stay clear of loud and busy environments. 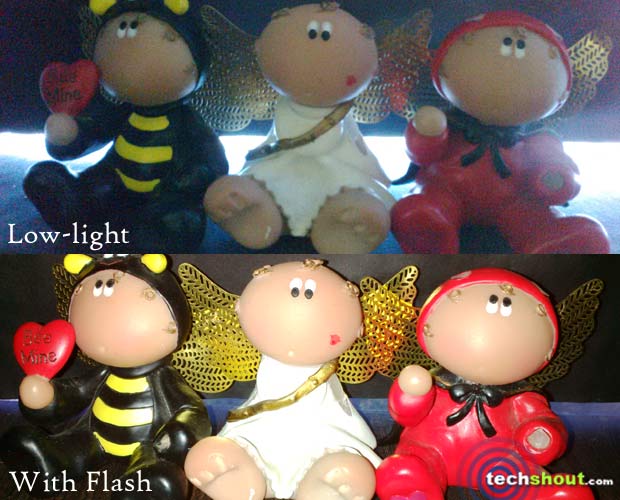 According to the company’s estimates, the device should be able to deliver up to 12.5 hours of 3G talktime or 14 days of standby. On conducting our tests, we’ve ruled out that the device will last for an entire day, that’s 7+ hours, on heavy usage, while moderate consumption will probably let you use the phone through half of the next day. In short, the activity time on this piece of hardware is pretty good. The battery has a 2180mAh capacity which is higher than that of the 2 premium siblings.

If the BB10 OS is great for anything, it’s the seamless multitasking it offers.

We really like the display. Touches register well and the clarity is commendable.

The QWERTY keyboard is well designed and comfortable for typing.

There’s a non-removable battery unlike on the pricier siblings.

Visuals are crisp, but the screen size, especially its aspect ratio, is a disappointment.

We’d expect a BlackBerry phone to feature the sturdy and premium design it deserves.

The BlackBerry Q5 is a big gamble for the Canadian company. And in spite of it being an affordable alternative to the top-tier options, it’s still quite expensive at around $365 in the US and Rs 24,550 in India. Nevertheless, the phone is available at almost half the price of the Q10 (Rs 43,164) and it packs similar hardware which minimizes the gap in performance. What disappoints us the most is the lackluster form factor, not to mention the non-compatibility of various popular games. If you’re a BB fan with a budget, we’d definitely recommend the Q5. But if you’re searching for something affordable that will deliver a bang for every buck, we’d suggest looking elsewhere. We’re ending this review with a 3.5 out of 5 rating.