BlackBerry Q5 price out, up for pre-order in UK 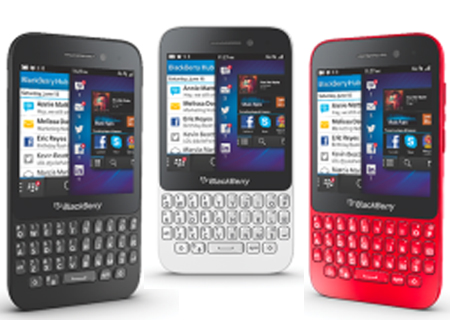 The BlackBerry Q5 which is a cheaper alternative to the Q10 if it is a bit too much for the wallet to handle, is now available to pre-order in the UK. The new BlackBerry smartphone is the second in the series to come with a QWERTY keyboard and it even sports the updated BB10 platform.

The smartphone is also the most affordable option in the latest lineup from the company. It brings in the majority of goodies found on the Q10, but with a few compromises. For starters, the BlackBerry Q5 is slightly thicker at 10.8mm, but lighter than the former at 120 grams. The form factor will be more on the plastic side with a less premium appearance. Speaking of which, it will arrive drenched in shades of white, black, pure pink and pure red. 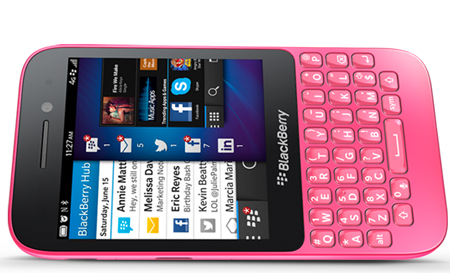 Instead of an 8MP camera on the rear, the BlackBerry Q5 sports a 5MP AF lens and an LED flash. The front retains the same 2MP webcam and the 3.1-inch wide IPS LCD touchscreen which proffers a resolution of 720 x 720 pixels at 328ppi. The Qualcomm Snapdragon processor which is hard at work on the inside will feature a lower clock speed of 1.2GHz, instead of 1.5GHz. Memory needs are taken care of by 2GB of RAM, 8GB flash storage and a microSD card slot which can take on up to 32GB.

The 4-row keyboard on the BlackBerry Q5 is said to be slightly different from that of the Q10, as it’s styled much like classic version with Instant Action shortcuts. Users will have access to a host of services from the company, namely HUB for viewing messages and social conversations with a single swipe, BBM Video with Screen Share for real-time sharing of content on the phone and the Time Shift as well as Story Maker applications.

The Q5 can be pre-ordered through unlocked-mobiles.com, states a post on CrackBerry. The retailer is offering it SIM-free and unlocked for a price of £349.98 which is inclusive of VAT. The initial stock of the QWERTY smartphone is expected to arrive sometime during mid-June. 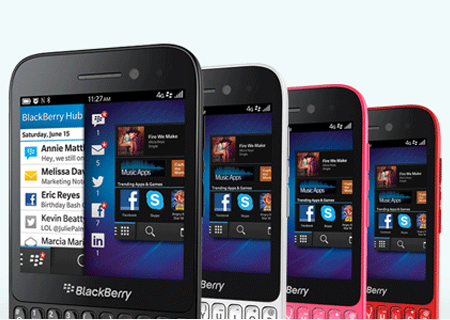