The BlackBerry Q10 release date has been officially unveiled at the company’s January 30 event, along with the full touch Z10. The phone will come with a wide QWERTY keypad and will run on the newly launched platform with tons of capabilities and several enhancements for convenient use.

In addition to the QWERTY keypad, the Q10 will have an AMOLED touch screen which should make navigating that much easier and keep visuals clear. Not much is known about the handset at the moment in terms of specs and we should hear more as the launch approaches. But we know the device will use BB 10, the company’s new OS. 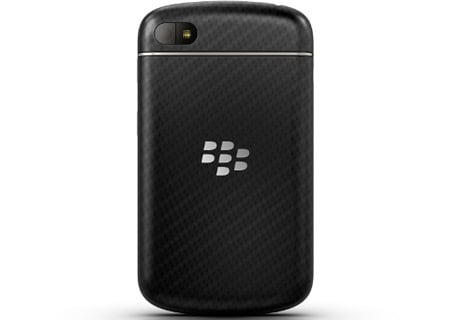 The company says the keypad is the widest it has ever put on one of its QWERTY phones, and the platform in itself is something to get excited about. It brings with it a gesture-based interface and a host of features such as ‘Flow’ and the ever present ‘Hub,’ striving to integrate work and the personal side of things seamlessly.

The device also comes with a 1.5GHz dual core processor which has been added to oversee operations and manage applications. Just like with the Z10, there is 2GB of RAM and available for users’ storage needs will be 16GB of internal memory. Expandability comes courtesy of a microSD card slot, while there is even a micro HDMI output port for presentations. 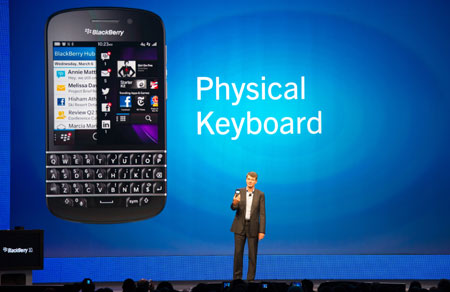 The phone will be compatible with 4G LTE networks and also add NFC functionality. What can be seen from the images is that there will be two cameras – one on the front and another on the back panel – although the company hasn’t spoken much about them. The front-facing webcam should come in handy when making video calls through BBM.

The BlackBerry Q10 is scheduled to release in global markets starting in April this year, while exact dates for specific regions haven’t been given. Hopefully we’ll hear more about the device at the MWC in about a month’s time. 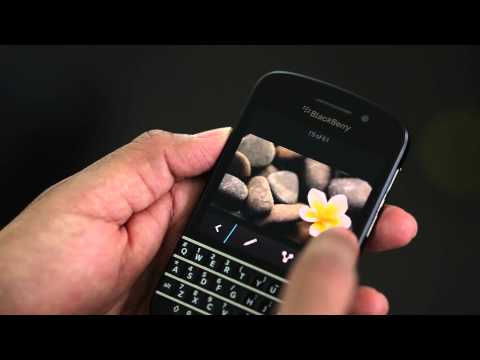