BlackBerry Q10 price in India and release date out 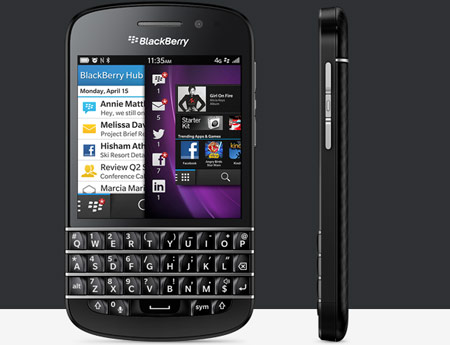 The BlackBerry Q10 release date for India is set for June 7 and its official price stands at Rs 44,990. That’s a wee bit higher than the Z10’s tag which was Rs 43,490 at the time of launch. But the traditional BlackBerry QWERTY keypad is back with a bang on the new phone and brand loyalists (or those who’ve returned to it) may not mind shelling out a bit extra to feel the keys under their thumbs.

The release of the BlackBerry Q10 in the country comes as no big surprise since the company was spotted tweeting about an imminent unveiling more than a week ago. Well, it’s here now and a look at the key specs by those who’ve been waiting to lay hands on it won’t hurt. First off, it’s only the second BB10 handset from the Canadian manufacturer. Sitting above the QWERTY keyboard is a Super AMOLED touchscreen measuring 3.1 inches and throwing out visuals in a 720 x 720 resolution. 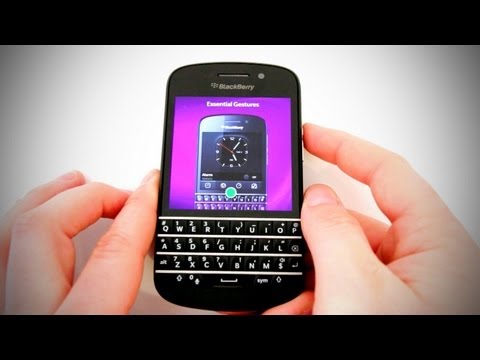 A 1.5GHz dual core Snapdragon S4 processor and 2GB RAM power the smartphone. It features 16GB of flash memory as well as a microSD card slot for expanding the hoarding space by up 32GB. An 8MP AF camera with 1080p video recording, flash, IS, 5x digital zoom and Time Shift mode, is fitted onto the back panel. There’s also a 2MP lens on the front. A 2100mAh battery hidden under the hood delivers about 13.5 hours of talk time over 3G networks. 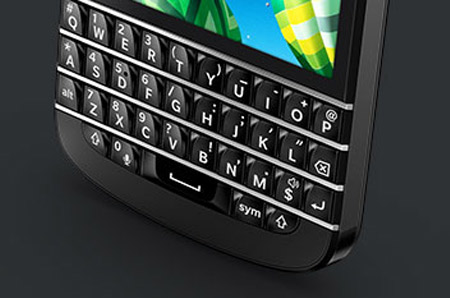 The highlights of the onboard software include BB Balance, BB Hub, BBM and BB Remember. The first mentioned keeps data or apps for work and play well separated, while the last lets users easily gather and organize all the information from various applications in the handset. With an eye on delivering a well-rounded customer experience, the company was also seen introducing cheaper BBM plans to the Indian market. But this was only for devices running the BB7 OS. So those who cough up the change for the BB10 phone will be paying comparatively more for the messaging service. 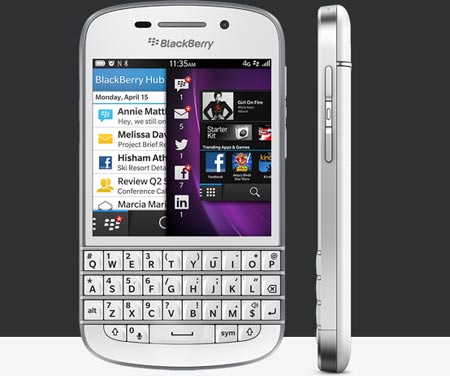 The Q10 is can be grabbed from retailers across the country as well as carriers who are offering it with plans. So far, we’re yet to see any major telecom operators add it to their portfolio. But since device subsidies are yet to make a splash in the nation, it wouldn’t really matter from where buyers purchase the smartphone unless service providers have special data bundles in mind.