BlackBerry Q10 gets cheeky, teases fans in India via Twitter 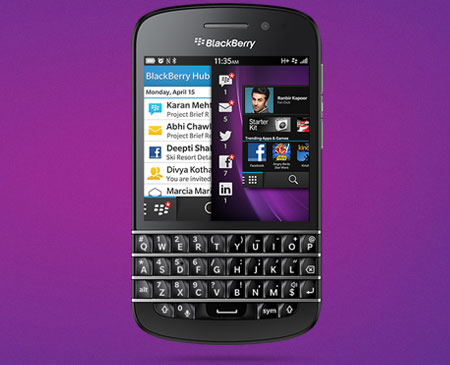 BlackBerry was rumored to kick off a Q10 release date for India this month itself, and the brand’s official Twitter account has been teasing fans with ‘coming soon’ tweets. Now unless the company plans to launch it within the next three days, a June debut is what the country can expect for this phone.

Between its unveiling and now, the BlackBerry Q10 has also seen its gaudy £1,597 cousin swagger by. But gold or no gold, the label has been flaunting a flashier image than before since its BB10 makeover. The Z10 which we slapped onto our review table not too long ago, was introduced in the nation for Rs 43,490 back in February.

Now the Canadian manufacturer seems to think the market’s ready to get all nostalgic with the QWERTY keyboard-toting BB10 smartphone. It’s a form factor we’re all familiar with and those who prefer a physical keypad over a touchscreen are likely to fall in love with in. Do note that the 720 x 720, 3.1-inch display on the front is of the touch variety though. 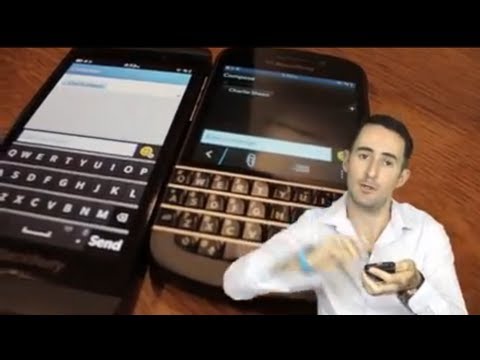 Some heavy hinting through Twitter saying that the device is reaching the country in question ‘soon,’ has led to speculations about a June launch for it. But it probably doesn’t mean the next three days are ‘too soon.’ The cost of the phone hasn’t been revealed, but it’s going to be on the higher end of the price ladder.

Here’s a look at the handset’s key specifications – It gets its steam from a 1.5GHz dual core processor and 2GB RAM. There’s 16GB of flash memory onboard as well as a microSD card slot for dealing with additional hoarding space needs, as long as they don’t cross 32GB. The 2100mAh battery appears to be big on talk time considering that roughly 13.5 hours over 3G is being promised to users.

The keyboard has been dressed up with ‘contextual’ auto-correct, word prediction and ‘learning engine’ which attempts to get familiar with the way users type. For photography needs, there’s an 8MP camera with f2.2 aperture, flash, 5x digital zoom, and 1080p shooting capability. The lens on the front is of 2MP resolution and it’s accompanied by 720p video recording and 3x digital zoom. 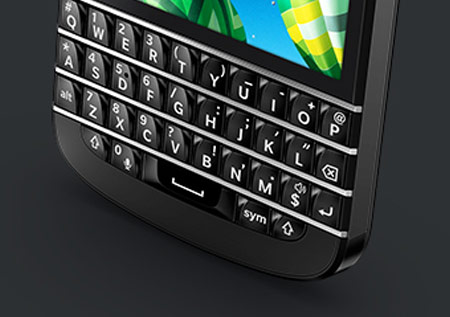 The BlackBerry Q10 is not the only BB10 QWERTY device from the brand. For those concerned about blowing up their budget, but still bent on BB10 hardware, the company also has the Q5 in its roster of imminent releases.