Where else but in Vietnam will you find gold-plated versions of popular smartphones like the BlackBerry Priv. The Canadian company’s first ever Android handset has been treated with 24K gold, and is ready to go on sale from December 5 onwards.

That’s the price for those residing in Vietnam, as international customers will need to pay VND 30 million (around $1350) for the each gold-plated Priv. The bezels, the earpiece, the lens and many other things are coated with 24K gold by Karalux.

This offering was launched not too long ago with such features as a 5.4-inch Quad HD display and a slider keyboard equipped with various BlackBerry bells and whistles. A 1.8GHz hexa core Qualcomm Snapdragon 808 processor sits inside this phone, aside from 3GB worth of RAM.

A quick glance at the main specs of the BlackBerry Priv: 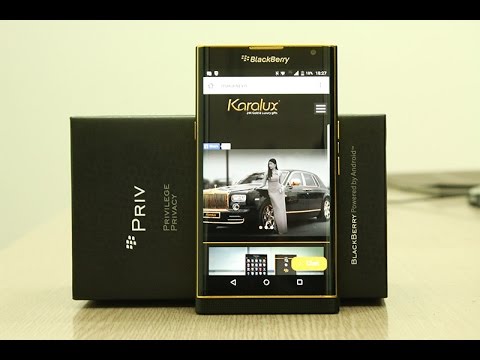 As for its camera setup, the Priv has benefitted from an 18MP rear shooter and a 2MP front shooter. A 3410mAh battery pack powers this handset from within moreover.

Also Read: BlackBerry has another Android phone in store for us, here’s your first look at it

Like we said, you will be able to buy the new gold-plated BlackBerry Priv from Karalux at the above mentioned prices from December 5 onwards.