It looks like the BlackBerry Porsche Design P’9983 isn’t going to be unveiled along with the super-size Passport on September 24, but a week earlier. Invites for an event hosted by both companies have started to roll out and the venue is set for the 17th.

What’s more, the BlackBerry Porsche Design P’9983 has reportedly passed through the FCC and the Porsche Design Twitter account has started to tease the phone’s design. The invite received by T-break clearly depicts that a new luxury smartphone will be revealed next week, but nothing much about it was disclosed. 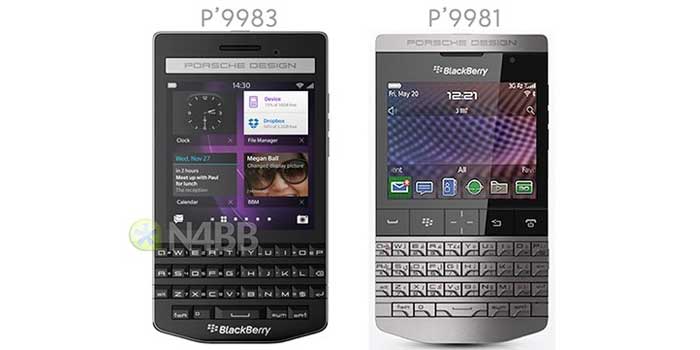 Well, we’ve got enough details on the device to paint a clear picture. Images have been leaked multiple times already and the overall handset will be a glammed up version of the Q10. Like all previous devices in the series, this one will also receive the royal treatment and get dressed in premium materials.

The phone’s hardware, however, isn’t all that alluring. It’ll run on the BB10.3.1 OS and feature a 3.5-inch touchscreen which occupies one half of the display with a 4-row QWERTY keyboard taking up the other half. Where specs are concerned, we’re still a bit special about the information, so take it with a pinch of salt. 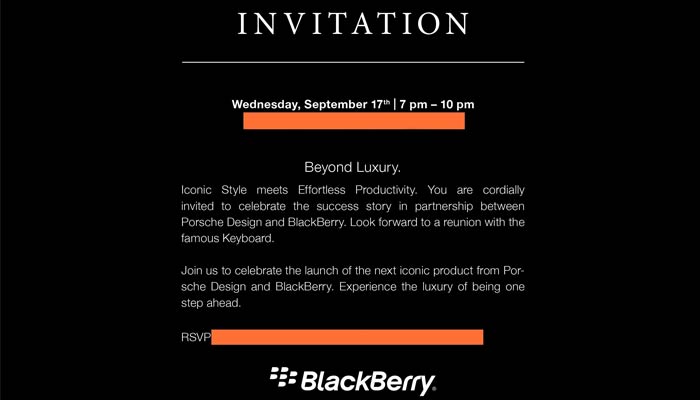 The BlackBerry Porsche Design P’9983 is said to retail at around $2000 and it should hit stores by the end of the month or early October.