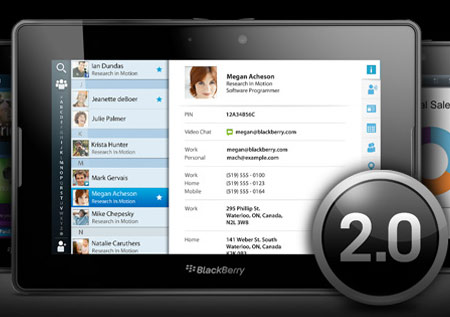 It looks like RIM tablet users can finally download BlackBerry PlayBook OS 2.0 which has been rolled out with enhanced features in tow. Already available to concerned parties, the latest version of this mobile OS tags along improved connectivity by proffering email, contacts and calendar integration with Facebook, LinkedIn and Twitter.

So emails as well as messages from the aforementioned social networking websites will be found in one consolidated view after users avail of the updated software. The onboard calendar gathers information from the sites to make it available anytime and just about anywhere. And the contact cards also receive content from the websites so users can have the refreshed details at hand. Furthermore, BlackBerry Bridge has received improvements to proffer quick and seamless connectivity besides bringing along a remote control feature. 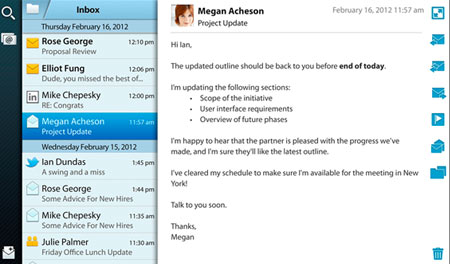 The remote attribute of the BlackBerry Bridge app now enables a BlackBerry handset to function as a keyboard and a mouse for the PlayBook tablet. The development has also dragged along reworked document editing abilities, Print To Go and improved control of data with BlackBerry Balance, in a bid to cater to business folks. Additionally, the BlackBerry App World has been inundated with a good number of new applications that users can dabble in.

Like we’ve already mentioned, BlackBerry PlayBook OS 2.0 is now available for download on the slab and it’s a free update.