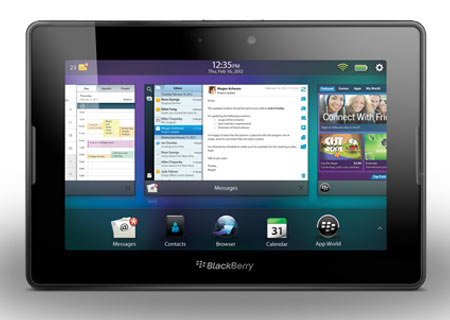 The UK price and availability for the BlackBerry PlayBook 3G+, an HSPA+ variant of the 4G LTE version which was officially announced back in August 2012, has been divulged by the company. The tablet is now up for grabs through select retail outlets in a 32GB storage option only.

Compared to the plain Wi-Fi version, the relatively new release comes with a beefed up processor. The PlayBook 3G+ features the same dual core SOC with symmetric multi-processing. However, the clock frequency of each core has been bumped up to 1.5GHz, that’s a steep increase of 500MHz. Everything else is pretty much the same apart from the company opting for Bluetooth 2.1 + EDR instead of version 3.1 that the earlier variant carries. Other connectivity features include GPS, Wi-Fi 802.11 a/b/g/n, a microUSB port, a microHDMI socket and 3G+.

The front dons the same 7-inch WSVGA capacitive LCD display which proffers a 1024 x 600 pixel resolution and multi-touch input. Accompanying the screen is a set of stereo speakers and stereo microphones. Users will be able to view videos recorded in H.264, MPEG-2, MPEG-4, VP and WMV 9 formats over HDMI, while the 3MP front-facing and 5MP rear-facing cameras can record clips in 1080p full HD resolution. The device arrives with built-in support for HTML5 and it’s Adobe Flash 11.2 enabled. This means users will be able access rich media content online.

RIM’s plans of a cellular version of the tablet were unveiled a long time back, in February of 2011 to be exact. In November 2011, the company discounted the 16GB slate to $199.99 and it was reported to end production of the model a few months later. Well, the device is still available through various sources and so are the 32GB and 64GB Wi-Fi-only variants. It faces tough competition from the latest lineup of budget-friendly tablets from Amazon, Google and B&H. 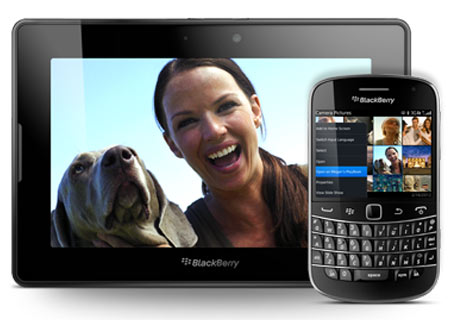 The 32GB BlackBerry PlayBook 3G+ can be picked up for £424.79 after taxes through Misco, while Insight is offering the tablet for a little lower with a £415.19 retail cost. What’s interesting here is that the device isn’t readily available. According to CrackBerry, potential buyers will have to pre-order the slate for now and wait for it to stock up.