The long-awaited BBM application was supposed to roll out for Android over the weekend, but the company has delayed the launch due to certain difficulties caused by a leaked version for the platform. The iPhone app was made available in various locations including India, Malaysia, Australia and the UAE. Nevertheless, even this one was pulled from the store for unknown reasons.

On the bright side, the Inside BlackBerry blog notes that those who have downloaded the iPhone version will be able to access BBM and all its features, but the rest will have to wait for the rollout to commence once again. For the impatient few, side-loading the official app should be feasible – This is not a recommendation. Coming to the Android version, an unreleased app made its way to the internet last week and the company states that over 1.1 million users have been active on the service in the first 8 hours. 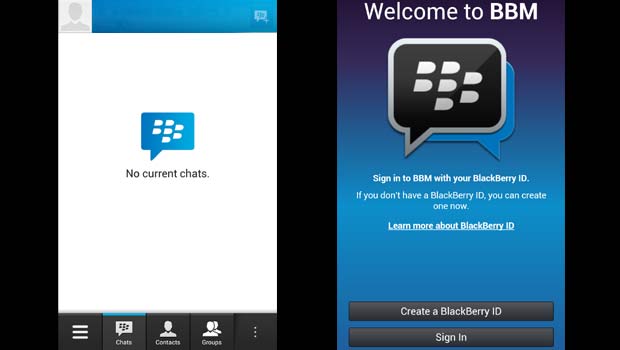 The issues owing to which the rollout has been halted have not been cited. The company notes that the BBM team is working to get the applications into Google Play and the App Store. However, no concrete details regarding the availability have been provided. The unreleased Android version is now disabled, restricting users from sending messages or using any of its features.

Once all the issues are dealt with, the company will continue making the BBM for iPhone application available to the remaining locations, while the Android version will have a ‘staggered country rollout.’ BlackBerry highlights that the BBM service has not been disrupted on their smartphones.