The BlackBerry Passport is pretty old now considering that it was first released back in October last year. But even as it waits for a successor, something new is waiting to happen for it. That something is the release of an Android ROM which will replace its BB 10 software.

Either that, or an entirely new variant of the BlackBerry Passport could be launched, offering Android right out of the box. The possibility of this happening is more since a completely new codename for it has been spotted in a video released by Dudu Rocha Tec. on YouTube.

The original Passport was codenamed Dallas, but as pointed out by CrackBerry, the device in the video down below is dubbed Oslo. It happens to be the Silver Edition of the square smartphone which bears slight changes to the original’s hardware.

As you can see in the clip, it seems to be running the stock version of Android. We recently learned that BlackBerry will be sprinkling its Venice smartphone’s Android software with a number of BB 10 apps, and same could very well be the case for this upcoming phone.

@evleaks had given us a glimpse of the Android-running smartphone before, but this new leaked video has absolutely confirmed its existence. The only question that remains now is when the company will deem it appropriate to officially unveil the new Passport. 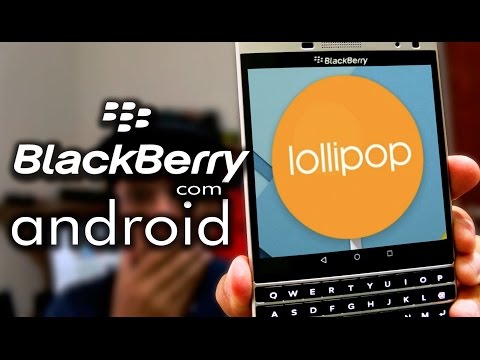 Also in line is the aforementioned Venice device which is set to be the first ever Android smartphone from the Canadian firm. It will be highlighted by its slider keyboard and its curved display.

Leaks about the Android-based BlackBerry Passport and Venice are seeping out almost regularly these days; so stay tuned for more on these two devices.