The BlackBerry Passport is about to be released soon, and its maker is giving eager consumers a chance to pre-register for it. That does not mean you’re reserving a model for yourself and it certainly does not mean that you’re pre-ordering the device. It simply means that you’ll be registered for receiving emails for when the phone becomes available.

The uniquely shaped BlackBerry Passport still hasn’t been given a launch date, but its makers are slowly revealing its main features. As you can see, it comes equipped with a square display sized at 4.5 inches and touting a resolution of 1440 x 1440 pixels. That brings its pixel density count to an impressive 453ppi. 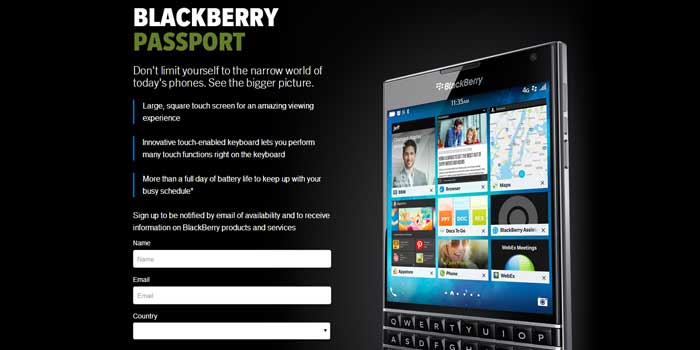 It will be the first phone from BlackBerry to feature the BB 10.3 OS which is set to introduce compatibility for Android apps. And that’s not all; this software will also bring with it the company’s new personal digital assistant named BlackBerry Assistant.

The Passport will be sold in black and white colored models, and will come dressed in a stainless steel frame. Rumor has it that it will be fueled by a Qualcomm Snapdragon 800 chipset and 3GB of RAM. Moreover, there is also word that a 3450mAh battery will form part of its offerings. 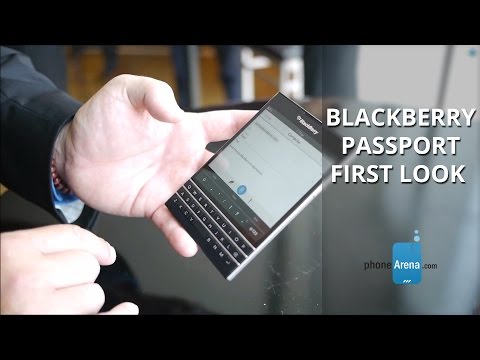 As revealed by Phone Arena, the BlackBerry Passport can be pre-registered for right now through company’s global website. You will just need to enter your name, email address and country in order to enroll yourselves for updates regarding the device.