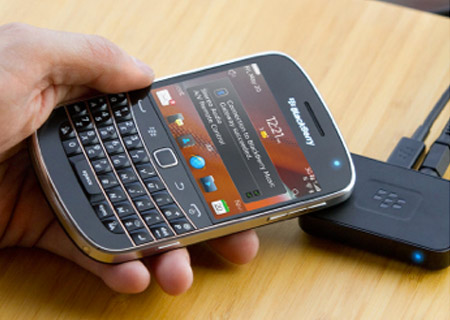 The BlackBerry Music Gateway from RIM recently popped up on the company’s product page listing without any official announcement, a day before the BlackBerry World 2012 event. This audio device allows users to transmit music from a BlackBerry smartphone or tablet to various types of home and portable stereo systems.

Apart from streaming music files at a maximum of 30 feet, the highly portable gadget even lets users carry out certain functions such as change audio tracks, control the volume levels and run various applications at the same time. To get connected, the device utilizes the NFC technology which requires a simple tap by the smartphone. And being Bluetooth enabled, a wireless connection can be established through this means as well by pairing both devices. The last mentioned should be a viable walkaround for non-NFC BlackBerry phones. 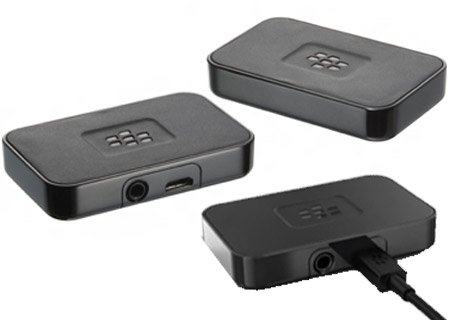 Through the auxiliary input port, the peripheral is most likely to be compatible with all home stereos, speaker systems or car stereos. What’s more, the company states that it can be used along with online music services like Slacker, 7digital, and BB Music. Where size matters, this piece of hardware is wrapped around dimensions of 60mm x 40mm x 12.5mm and weighs just about 28 grams. The list of compatible BlackBerry devices include the PlayBook tablet, Bold 9930, 9900, 9981 and 9790, as well as the Curve 9380, 9350, 9360 and 9370 variants.

The BlackBerry Music Gateway price sums up to $49 in the US. And according to a post on Engadget, the streaming peripheral will be available for purchase sometime during the month of June 2012.