Looks like Ryan Seacrest’ Typo keyboard case for the iPhone 5/5S has managed to annoy BlackBerry to such an extent, the company has decided to sue the former’s pet project. The Typo was revealed as an alternative to other similar (and ineffective) physical keyboard add-ons for the iPhone, in early December.

The fact that it was being promoted by a celebrity face helped its cause, of course. The accessory managed to grab a lot of eyeballs, including those of BlackBerry, as is apparent now. As the Canadian manufacturer puts it, they are ‘flattered by the desire’ to have their keyboard design on other smartphones. But that’s only if BlackBerry is paid ‘fair compensation’ for using what is rightfully their ‘intellectual property and technological innovations.’

So a payoff could be in order and it may not necessarily have to be settled over long-drawn-out battles in court. The truth is that the now-struggling mobile company’s handsets are distinguishable by their keypads even if other QWERTY options are present in the market. And there’s no denying that the most ergonomic keyboards on phones can be found on BlackBerry devices.

“This is a blatant infringement against BlackBerry’s iconic keyboard, and we will vigorously protect our intellectual property against any company that attempts to copy our unique design,” noted BlackBerry’s General Counsel and Chief Legal Officer, Steve Zipperstein. 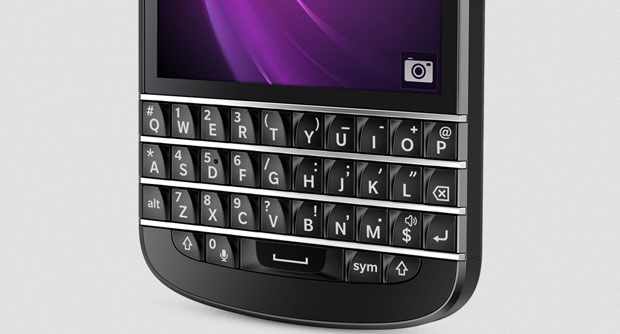 The split-key pattern on the BlackBerry and Typo keypads’ buttons are quite similar to each other. But the makers of the accessory don’t plan to bend. They’ve issued a statement saying that they intend to fight back and shipping of the Typo will proceed as planned.