The BlackBerry Mercury’s presence at CES 2017 has just gotten confirmed via a tweet by TCL’s President and General Manager for North America Steve Cistulli. While the post doesn’t mention the phone by name, it does highlight the handset’s physical keyboard.

The BlackBerry Mercury’s old-school QWERTY keyboard has been a constant standby when it comes to rumors about the smartphone. Cistulli’s short video teaser lasts for only 4 seconds and doesn’t showcase anything but the classic keyboard and capacitive keys above it.

The text accompanying the teaser vaguely states that that it’s ‘imPRESSively designed’ and ‘distinctly different.’ This doesn’t offer any major clues pertaining to the name of the phone. It’s widely expected to be called the DTEK70 officially.

TCL had previously issued a press release where it said that it was planning to unveil an evolutionary first in the mobile industry and present a look at what new BlackBerry smartphones will offer at CES 2017. The event will take place from January 5 to 8 at Las Vegas.

Coming to the BlackBerry device’s specifications, previous reports have asserted that the handset will either adopt a Snapdragon 625 or Snapdragon 821 processor. Display size is rumored to measure 4.5-inch with a full HD resolution to go with it. In terms of memory, the phone may contain 32GB of ROM and 3GB of RAM.

Other highlights include a fingerprint scanner integrated within the spacebar, 18MP rear camera, 8MP selfie snapper, Android 7.0 Nougat, and 3400mAh battery. Stay tuned for more on the BlackBerry Mercury the moment it goes official at CES 2017. 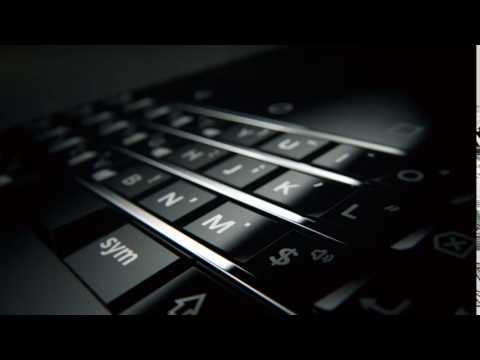