BlackBerry Mercury set to come out at MWC 2017

TCL was widely expected to launch a new BlackBerry phone at CES 2017, churning out short video teasers and amping up interest in the device in the days up to the occasion. As it turns out, the company’s event was more of a preview than a full-fledged launch.

People will have to wait till next month to get a better look at the phone as TCL plans to drag it to light during the Mobile World Congress. The company hasn’t even released the name of the handset yet, only verifying that its codename is Mercury. The brand’s also rolled out another short video for the smartphone showcasing it from various angles, particularly its physical keyboard.

So far, TCL has confirmed that the BlackBerry Mercury has a fingerprint scanner embedded within the space bar and its keyboard sports capacitive-touch technology to enable scrolling. Specs-wise, it runs on a security-enhanced version of Android Nougat and comes with USB Type-C support.

TCL’s press release for the offering discloses that it will focus on productivity, reliability and security. Unfortunately, the firm’s chosen not to elaborate on any of the smartphone’s specs, price or availability details. Its main strategy going forward is to take advantage of the BlackBerry brand to focus on corporate markets and challenge Apple and Samsung’s business security features.

Meanwhile, TCL’s Alcatel lineup will turn its attention to the more affordable consumer market sector. It’s a solid plan, though its success highly depends on whether or not the Mercury proves to be a hit among both BlackBerry faithfuls and newcomers. 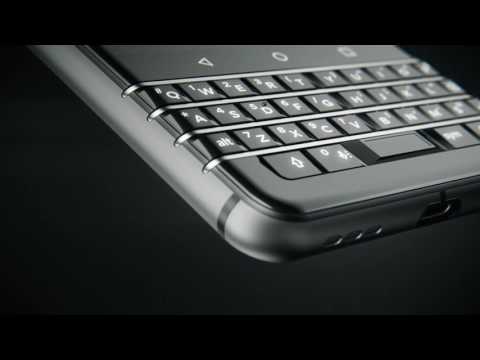